Is Ireland safe for tourists? This is one of the most common questions that travelers ask before visiting the country. Read on to find out what you need to know about staying safe in Ireland.

Is Ireland Safe? What You Need To Know

Located in northwestern Europe in the Atlantic, Ireland is politically divided into two parts since 1920.

These are the Republic of Ireland, an Independent State, and Northern Ireland which is part of the United Kingdom.

There is plenty to see and do for tourists in Ireland, a place known for its natural wonders and long history.

From its predominantly green landscapes to the dramatic coastlines, Ireland has something for every type of traveler.

Ireland’s diverse and fascinating cities are a must experience as well, and part of every traveler’s experience in any country is its safety.

With its rather turbulent history, how safe is Ireland, really? Should there be more precautions apart from using one’s common sense?

Is Ireland a safe place to visit? 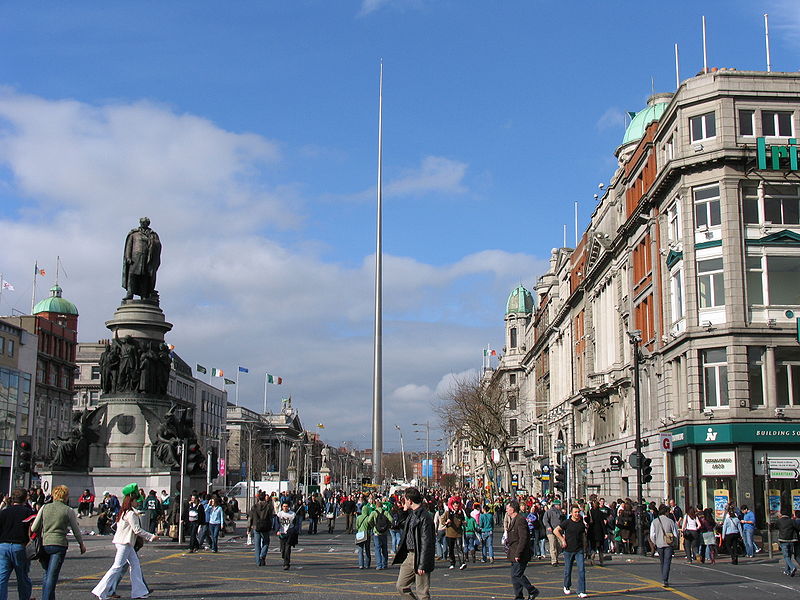 Compared to many countries in Europe and around the world, Ireland is a very safe country to visit.

There is a relatively low crime rate in Ireland and most of them are alcohol-induced. Tourists are advised to avoid walking the streets of Ireland late at night, particularly in the major cities.

According to the 2020 Vision of Humanity Global Peace Index, Ireland is the 12th most “peaceful” nation in the world.

This ranking was based on each country’s societal safety and security, domestic and international conflict, and the degree of militarization. This ranking shows that Ireland is generally not a dangerous country, making it a safe place to be in especially for travelers.

As in most countries, however, the greatest danger to tourists in Ireland are thieves like pickpockets and scammers who use bustling crowds as a cover.

Pickpocketing and bag-snatching do happen more in populated and touristy areas in Ireland such as Dublin and Limerick.

Travelers to Ireland are also more inclined to be scammed while exploring the country – from overcharged tours to souvenirs that feel more like highway robbery.

Given all these facts, here are more details regarding safety in Ireland for every type of traveler.

Is Ireland safe for solo travelers?

As long as they exercise basic precautions such as being alert and calling less attention to themselves – Ireland is a safe place to visit for solo travelers.

Is Ireland safe for female travelers?

As in every country, sexual assault does occur in Ireland.  The risk for female travelers maybe low, but it is still best to be cautious to lessen the chances of an encounter. Female tourists should always try to stick with a group, especially at night.

Is Ireland safe for LGBTQ+ Travelers?

In Ireland, it is prohibited by law to discriminate against people based on their sexual orientation.

The LGBTQ+ are mostly safe to travel around Ireland because they are protected by the Criminal Law Act of 1993.

Ireland’s attitude towards the gay community is among the most commendable in the world. In the event of harassment or violence, however, calls the LGBT Ireland Helpline at 1890 929 539.

General safety tips on the street 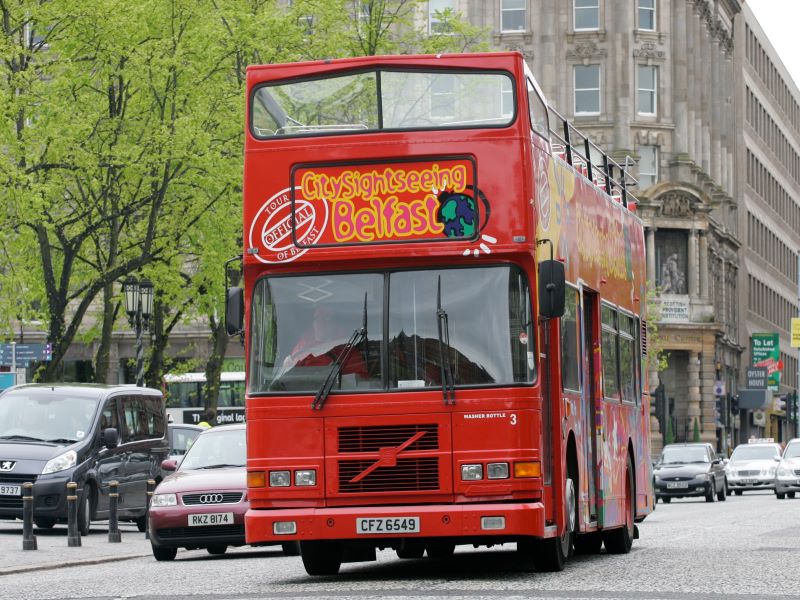 Here are some basic precautions that travelers to Ireland must practice for a hassle-free and safe visit:

1. After a night out, it is best to take the train, bus, or cab to go back to your accommodation. This way, you will also lessen the risk of encountering intoxicated people who might start a fight.

2. Be careful when asking for directions, There are cases of overly friendly people who, instead of giving directions, led tourists to a secluded street. The tourists were then mugged, sometimes with a weapon. Ask store owners or clerks, security guards or if you see one nearby, ask the police instead.

3. Like in most countries and in any tourist destination, pickpockets also operate in Ireland. However, they are usually in overly crowded areas such as train stations and popular landmarks.

Pickpockets also operate, like in any tourist destination, but they usually rally in larger cities, and around crowded places such as railway and train stations or popular tourist landmarks. Be careful with your belongings and don’t wear jewelry, gadgets, or anything that could attract thieves.

Ireland is known as a country with the safest roads in Europe.  These roads are often well-kept and safe for driving.

However, this is not always true in rural areas. Aside from being narrow and winding, rural roads have potholes that are often left unfixed for weeks.

Drivers are advised to be very careful when navigating countryside roads to avoid accidents.

From rugged coastlines and dramatic cliffs to lush mountain ranges, Ireland is a haven for nature lovers. Bike, hike, surf, and swim safely with these useful reminders.

1. The stunning sea cliffs of Ireland from the Cliffs of Moher to the Slieve League are among the country’s most visited attractions, but they are also dangerous.

These places have warnings if certain cliff paths are unstable so stay away from them. Do not try from the designated path, and do not get close to cliff edges.

2. Ireland’s stunning scenery attracts any cyclists but since there are not a lot of dedicated bike lanes, it can be quite dangerous.

To be safe, bring your bikes and explore in places that have “Greenway”, smooth tracks reserved for cycling and walking.

3. Ireland is surrounded by seas and oceans, and it has been known as one of the best surfing destinations in the world.

Getting in the water whether to swim or surf can be tempting, so remember to wear a thick wetsuit. The Irish waters are significantly colder than most of us are used to. Buy or hire a thicker neoprene wetsuit to protect the skin from the jarring cold.

4. Ireland’s diverse and scenic landscapes are ideal for hiking, which is one of the best things to do here.

However, Ireland is also notorious for its fickle weather. Keep safe from the elements by wearing and packing clothes that are suitable for all weather.

Bring a backpack that contains a scarf, umbrella, and a waterproof jacket. Always wear slip-proof boots to avoid accidents while navigating Ireland’s most rugged landscapes. 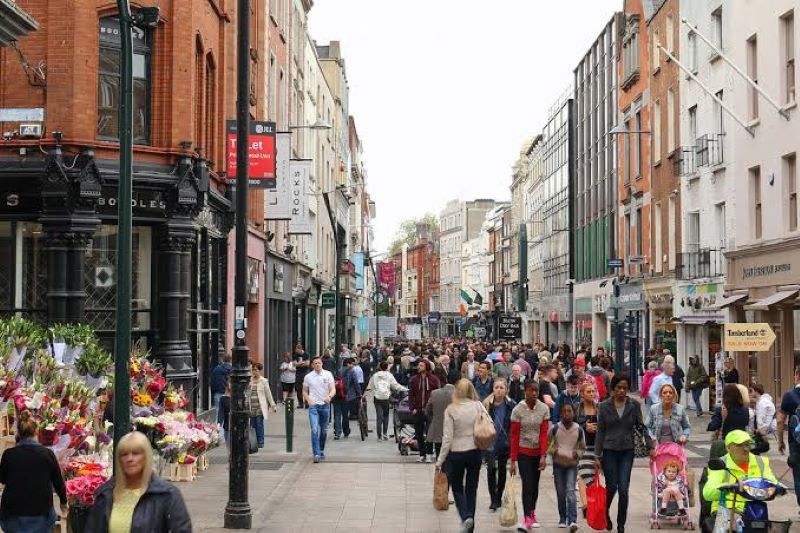 Is Dublin safe to visit?

Dublin is a friendly city, but there are parts of it that should be avoided during certain times of the day. These are areas notoriously known for pickpockets, drug-related crime, and violence.

If possible, try to avoid the Temple Bar area and the shopping district around the Spire monument.

Temple Bar is prone to alcohol and drug-fueled violence, while pickpockets and other dodgy people hang around the Spire.

Is Belfast safe to visit?

Belfast may have had a history of unrest but over the years, it has consistently ranked as one of the cities with low crime rates.

However, it is still beat to use the same street smarts you would anywhere, such as watching your belongings or being wary of overly friendly strangers.

When traveling to other cities such as Cork and Limerick, avoid certain areas especially those near the housing projects.

When in Cork, try to steer clear of the Ballinderry Park while in Limerick, it is best to not go to districts like Perry Square, behind People’s Park. If you can help it, avoid walking along these streets late at night.