Meath is a County in Ireland known for its ancient sites and history. Along with these varieties of things to do in Meath, it’s proximity to Dublin makes it one of the best day trips to do from the city.

13 Things To Do In Meath, Ireland

1. Explore the Hill of Tara in Meath 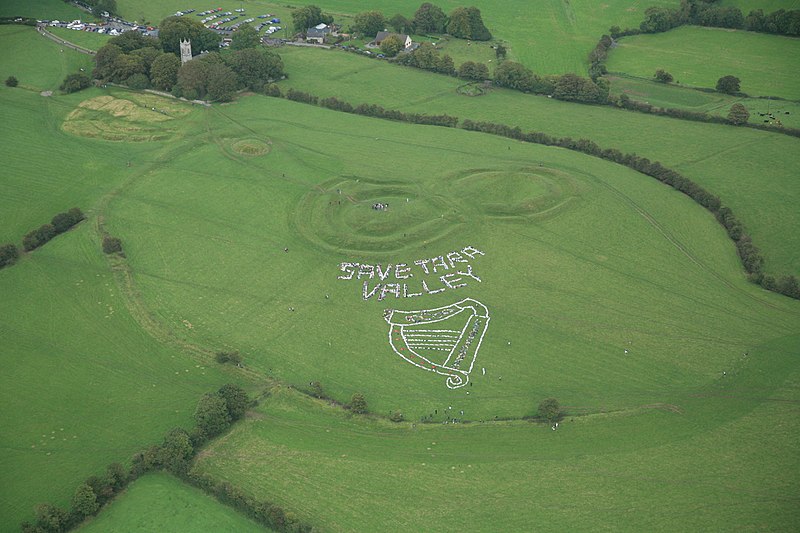 The Hill of Tara is an archaeological complex in Country Meath of Ireland. It is located near the River of Boyne and it runs between Dunshaughlin and Navan. Hill of Tara used to be the seat of the kings during Stone Age.

It contains a number of ancient passages tombs, Ireland’s Stonehenge, and historical ruins.

Location: 12km south of Navan. Off the N3 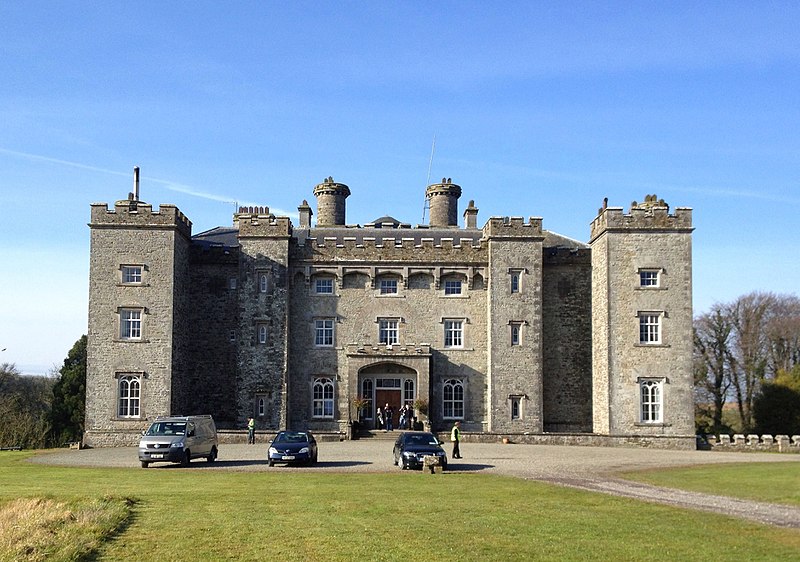 Although Slane Castle is located in the town of Slane and considered one of the must-see castles in Ireland.

Slane Castle is located within the Boyne Valley and is set in the middle of a 1,500-acre estate.  The castle was built in 18th-century and has been a family seat for the Conyngham family.

Today, the castle is a famous concert venue that held concerts for world music icons such as The Rolling Stones, U2, Madonna, Guns N’ Roses, Bob Dylan, Queens, Bruce Springsteen to name a few.

The guided tours to the castle are seasonal and only if there’s no event. To check for the latest tour schedule, click here.

Athlumney Castle is a tower house and a fortified house in Navan. It was built in 1172 and was burned down in 1649 by Maguire who held the castle to prevent Oliver Cromwell, an English military and a political leader for taking over it.

RELATED READ:  10 Things To Do In Kilkenny, Ireland

During 17th-century, it was burned down again by James II, the King of England and Ireland at that time. It was said that a Catholic Bishop tried to renovate it back to its original splendor but he died before he made it happen.

Now, the ruins of Athlumney Castle is a national monument in Navan.

No one oversees the castle except the caretaker who lends you the key to the gate. As a rule of thumb, try to call in advance or go during the day.

Free, although the caretaker requires a small deposit for the key. They will return the deposit to you when you return the key. 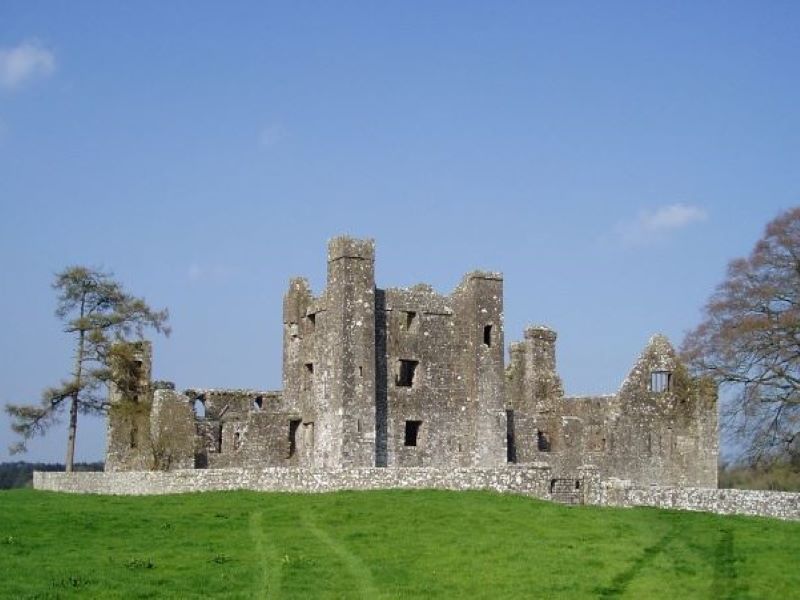 Bective Abbey is a historic place in Bective, 15 minutes from Navan. The Cistercian Abbey sits overlooking the river of Boyne. The Abbey was founded in 1147 during the time that Bective became an important monastic settlement.

Under King Henry VIII, the monasteries were dissolved in 1543 and they were converted to fortified houses and towers.  The Abbey is now registered as a national monument in Ireland.

Open all year and anytime

Dunmoe Castle sits in a tranquil spot overlooking the river Boyne 4 km east of Navan. The castle was built for the D’Arcy family in the mid-15th century. It marked the western edge of The Pale, an Irish area under the control of the English government.

The present structure of the castle has all the characteristics of an Anglo-Norman during the 15th -16th century.  It was originally a rectangular-shaped edifice with a tower at each corner.  Two of these towers have crumbled away, as the entire back part of the castle.

The castle is open to the public and no one really oversees it. Just enter the gate but as a rule of thumb, go during the day.

The Donaghmore Round Tower is a well-preserved 10th-century structure located just northeast of Navan. The tower is found on the site of a religious settlement thought to have been established in the 5th century by St. Patrick.

At the site, visitors can see the remains of a church and the round tower, both of which have interesting carvings and sculptures.

Brú na Bóinne or Palace of the Boyne is valley tombs located near River Boyne, 8 km west of Drogheda. It contains one of the most important prehistoric landscapes in the world dating back from the Neolithic period.

Archaeologists classified Newgrange, Knowth, and Dowth as passage tombs, however, these tombs are now recognized to be much more than passage tombs.

RELATED READ:  12 Best Things To Do In County Louth, Ireland

Ancient Temple is a more fitting classification, which is a place of astrological, spiritual, religious, and ceremonial importance.

If you are in the area, this is one of the best places to visit in Drogheda Ireland.

For the Exhibition and Newgrange and Knowth:

Check out this deal for Newgrange, Monasterboice, and Hill of Tara: Full-Day Tour

8.Learn history at the Battle of the Boyne Visitor Centre 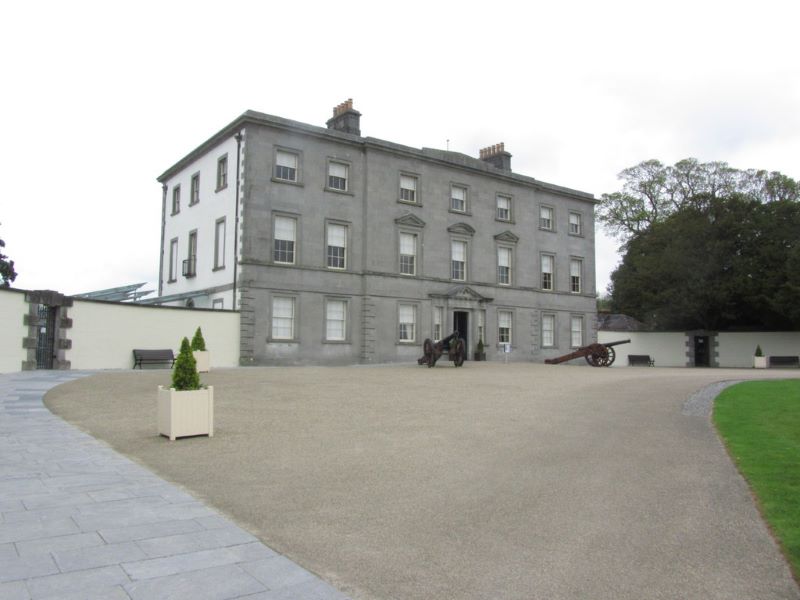 Battle of the Boyne Visitor Centre is located in the 18th century Oldbridge House which is the exact location of the infamous battle between two kings; King James II and his son-in-law William III.

The battle had the largest soldiers deployed in the history of the Irish battlefield. King James had over 25000 troops while William III had over 36000 soldiers.

The battle took place on July 1st, 1690 where William’s forces defeated King James’ army. The battle is one of the most symbolic battles in the history of the British Isles. 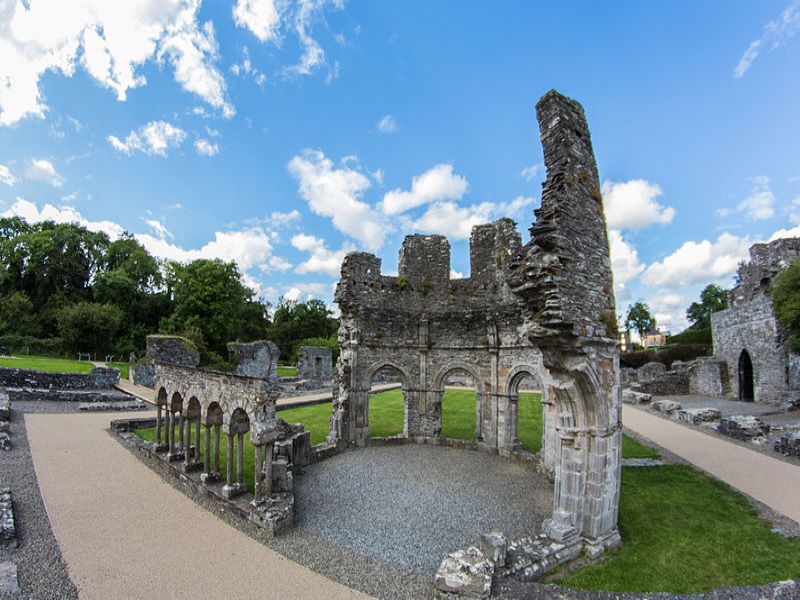 Mellifont Abbey is the first abbey built in Ireland in 1142 through the orders of Saint Malachy, Archbishop of Armagh. It housed over a hundred monks and three hundred laymen. The ruins of the abbey are still standing 10 minutes away from the center of Drogheda. 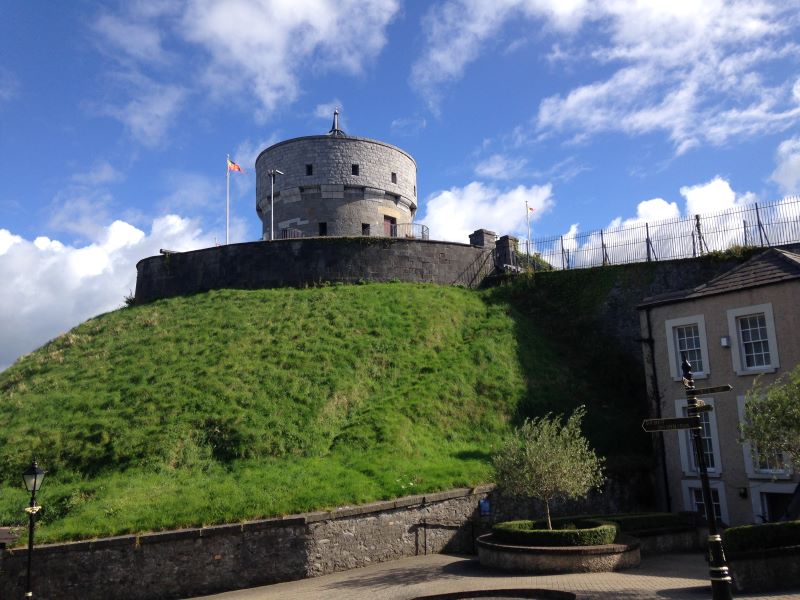 The Martello Tower was built in the mound of Millmount in 1808 after Oliver Cromwell attached the town that killed over 2500 men on September 11th, 1649. The tower was created to avoid the same destiny and to prevent the invasion of the French people.

Today the tower complex houses the Millmount Museum which houses a wide variety of artifacts of local and national importance. 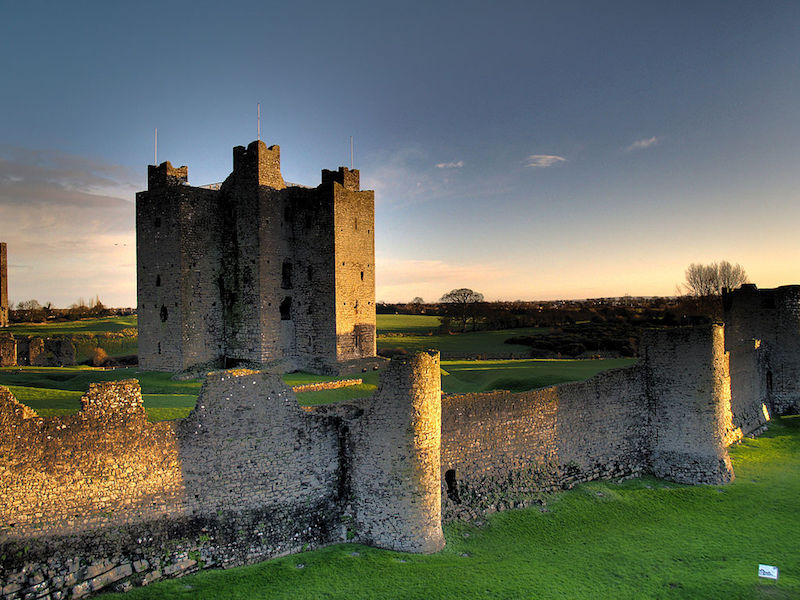 Trim Castle is a Norman castle on the south bank of River Boyne in the town of Trim and currently the largest Anglo-Norman castle in Ireland.

The castle was built in 1173 by Hugh de Lacy, the castle was used as a center of Norman administration for the Lordship of Meath. It is also probably best known as the setting for Mel Gibson’s Braveheart.

RELATED READ:  10 Awesome Things To Do In Tralee, Ireland

This castle in Ireland boasts imposing twenty-sided towers protected by curtain wall and moat. It was a great example of experimental military architecture during its period.

If you want to learn more about the legacy of this castle, this day trip from Dublin is a must.

12.Kells Round Tower and Crosses

Kells Round Tower and High Crosses are national monuments in Ireland. It is located in Kells, a town in Meath known as a monastic settlement and it boasts religious significance.

The Book of Kells, which contains the 4 Gospels of the New Testament was completed in this monastery.

The tower is over 80 feet high while the crosses are over 10 feet which were all built during the 9th to the 10th century.  There’s also a church in the area that offers exhibitions for visitors. This highly informative exhibition is free although a donation is welcomed.

Laytown is a seaside town in County Meath. It is popular for archaeological digs such as Tara Brooch, and Hiberno-Norse ring pin. It’s also the home of Laytown Races which is held annually every September at the beach.

Laytown Races is the only race event run on a beach under the rules of the Turf Club.