A Midlands county in the province of Leinster, Longford is the second smallest county in Ireland. Don’t let the modest size fool you, though, as there’s plenty to see in do in Longford, that a few days in town won’t be enough.

Here you’ll find stunning lakes and waterways, and lovingly preserved sites of immense historical importance, as well as fascinating legends and myths attached to it.

Here’s a list of things to do in Longford, Ireland to help you manage your stay and make the most of your time in town.

10 Things To Do in Longford, Ireland

Located in a picturesque village that’s also gained national recognition, the Ardagh Heritage and Creativity Center is one of the best attractions in Longford and a must-visit.

Stroll along the adjacent new park under the shade of 35 species of native broadleaf trees, or step inside the center and check out the craft shop and café.

There’s also an extensive exhibition on the history of Ardagh.

The exhibition ranges from “the roots of the village in Irish mythology, to its development as an important early church site and its emergence as a model estate village.”

The center encourages visitors to craftwork in response, making this place ideal for families and groups who want to do something different. A building with a fascinating history and well-loved by the locals, St. Mel’s Cathedral was built gradually between 1840 and 1892, with its construction often interrupted by famine, finance issues and Catholic persecution.

One of the most recognizable structures and certainly one of the best places to visit in Longford, St. Mel’s recent history is what makes it even more special and worth a visit.

On Christmas morning if 2009, St. Mel’s was severely damaged by a devastating fire caused by the church’s heating system.

Ireland was experiencing a painful recession then, but people still banded together and pooled their resources to help rebuild the church.

RELATED READ:  8 Things To Do In Portlaoise, County Laoise

The restoration was completed within five years, and St. Mel’s is now known as The Longford Phoenix. 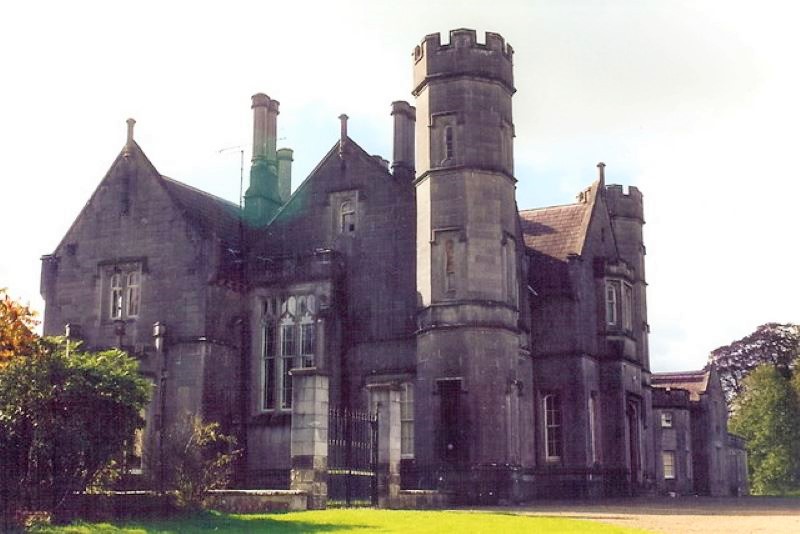 The seat of the Lefroy family since 1810, Carrigglas Manor is nestled in 600 acres of pasture, meadow, and wood such as oaks, beeches, ash, and sycamore. It is one of the last remaining walled estates in Ireland and one of the best places to see in Longford.

The avenue and courtyards are of Palladian style, designed by the same architect who designed the Custom House and Four Courts in Dublin.

The Victorian Gothic manor house, meanwhile, is designed by the same person who did the Italian gardens of Powerscourt.

Carrigglas Manor was also once the seat of the Bishop of Armagh before it was taken over by the Huguenot Lefroy family in 1837.

Thomas Lefroy is said to be the basis for the fictional Mr. D’Arcy in the Jane Austen novel ‘Pride And Prejudice’.

Located east of Ballymahon is a picturesque valley of the River Inny, and where a  Cistercian Abbey was founded in 1150.

This place is called the Abbeyshrule Cistercian Abbey, one of the earliest in Ireland after a similar place was successfully planted at Melifont in County Louth.

An interesting place to visit in Longford, the abbey was started by the O’Farrells, then it was ordered closed by Queen Elizabeth 1 during the Tudor suppression of the monasteries.

At present, the adjoining graveyard contains part of the only high cross in County Longford.

If you ever want to take a more scenic stroll, wear comfortable shoes or rent a bike or boat as the Royal Canal passes through Abbeyshrule on its way from the Shannon to Dublin. 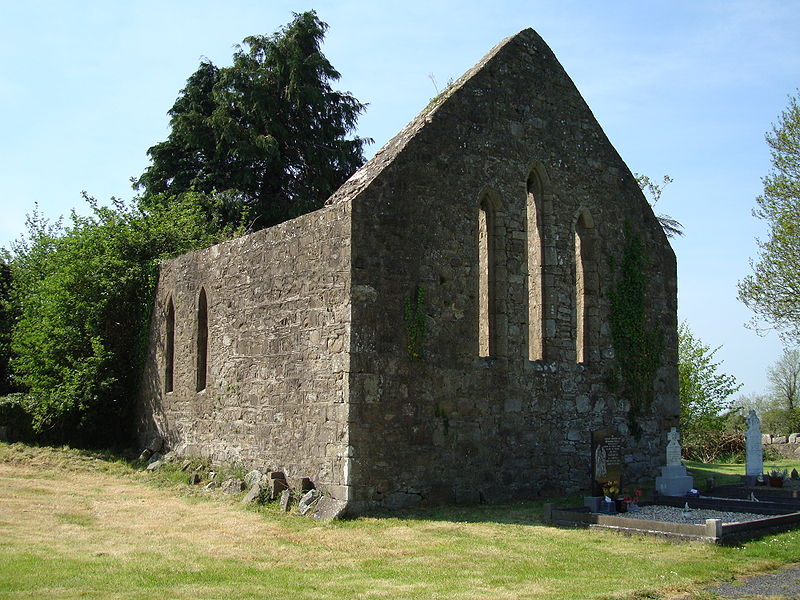 A curious, ancient village located just 5 kilometers from Kenagh, County Longford, Abbeyderg is where an Augustinian monastery founded by Gormgall O’Quinn in the 13th century.

It was also the final resting place of Maiolin O’Mulgonry, also known as Chief Ollamh and poet of Ireland. The monastery was destroyed in 1567, but some of the remains were preserved.

Opened in 1817 as a waterway route between Dublin and the River Shannon, the Royal Canal closed in 1961 when rail and motor routes were constructed.

RELATED READ:  11 Things To Do In Connemara, Ireland

However, and thanks to local campaign efforts, the canal was re-opened and restored in 2010, giving locals and visitors alike another means to travel or simply enjoy the scenic views from a different perspective.

It’s well worth a visit and one of the newer Longford attractions, as you can also stroll or bike along the canal banks.

If you’re ever in Longford and wanted to experience something unique, join a walking tour of the Iron Age Road Uncovered in 1984 during the peat harvest, is the Iron Age oak road that crosses the boglands of Longford close to the River Shannon.

It is the largest of its kind that was ever uncovered in Europe and said to have been built in 148 BC but within 10 years it had sunk.

Questions abound regarding its existence, and it continues to be the stuff of legends as well as a fascinating destination for the curious and those who simply want to embark on a rich, imaginative journey through 18 meters of exposed trackway and the boardwalk that connects to it.

A must for literary buffs who also enjoy history and a bit of walking, the Edgeworth literary trail takes you back to 18th and 19th Century Ireland, following in the footsteps of Edgeworth Scott, William Wordsworth, Oliver Goldsmith, and Oscar Wilde.

It is certainly one of the best activities to do in Longford as the guided walking tour gives you more insight into their stories.

Step into the grounds and marvel at the restored walled gardens of Edgeworthstown House, the ancestral home of novelist Maria Edgeworth and her famous father Richard Lovell.

The tour also takes you to St. John’s Rectory where Goldsmith received his early education and where Oscar Wilde’s sister Isola died; the St. John’s Church and graveyard with its Edgeworth family tomb and ancient gravestones, 19th-century schoolhouses, as well as morning or afternoon tea in some of the local cafes and teahouses.

An island steeped in history and legend, it is said that Quaker used to be owned by Clothra, the sister of the great Queen Maeve, and is believed to have been the site where the great queen died.

Also known as Inchcleraun, it got its local name because, at one point in time, it was actually owned by a quaker.

It is the most popular among the islands in Lough Ree, which is the second largest of the lakes connected to River Shannon The island is accessible via boat and at present is owned by the Irish State.

RELATED READ:  11 Things To Do In Doolin, Ireland

On it you will also find the ruins of St. Diarmaid’s Monastery, founded by Diarmaid the Just in the year 560. 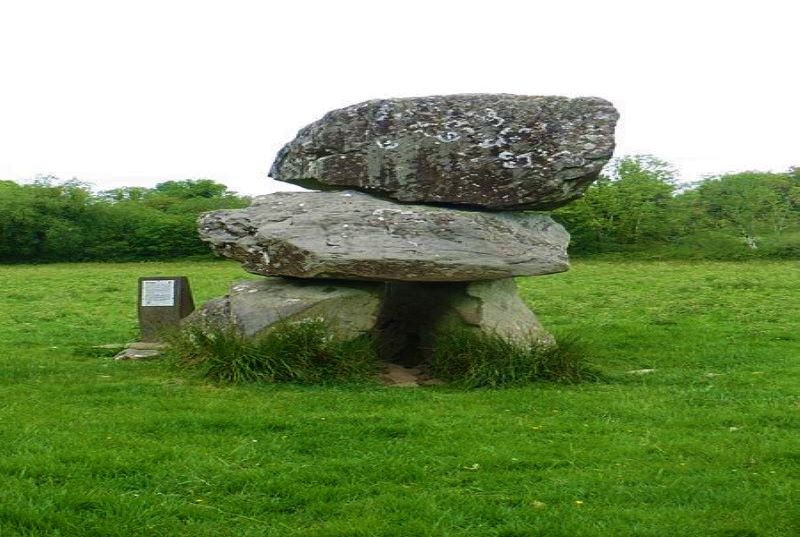 Situated in Aughnacliffe are dolmens that from afar, look like stones piled on top of the other.

These are the Aughnacliffe and Cleenrath Dolmens, which gave the town its name “The Field of the Stones”, and among the more interesting places to see in County Longford if you’re into archaeology and ancient history.

The portal tomb or dolmen has two capstones, one balancing on the other.

The largest is about 3 meters long and around 1.5 meters thick and is resting on the other capstone and one remaining portal stone. Believed to be millions of years old, the dolmens stand in the shelter of a frontal moraine from the last glaciation.

Tweet
Pin106
Share
106 Shares
12 Best Things To Do In Leitrim, Ireland
Top 10 Gardens and Parks in Dublin To Visit