Ross Castle is a must-see castle if you’re doing the Ring of Kerry tour. Most travelers suggest a visit to this historic structure in the late afternoon, as the castle’s location is great for viewing the sunset.

Ross Castle: A Historical Castle In The Middle Of Ring Of Kerry 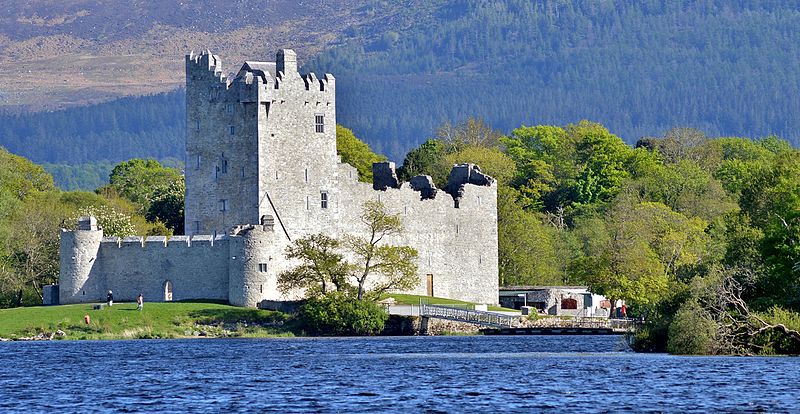 Where is Ross Castle located?

It is situated on the shores of Lough Leane, which is the lower lake in the massive Killarney National Park.

The castle and the area surrounding it is steeped in legend and a long history. It was built by a local ruling clan O’Donoghue Mór in the 15th century.

During the Second Desmond Rebellion of the 1580s, ownership of the castle was turned over to the MacCarthy Mór.

MacCarthy then had the castle leased to Sir Valentine Browne, who was the ancestor of the Earls of Kenmare. 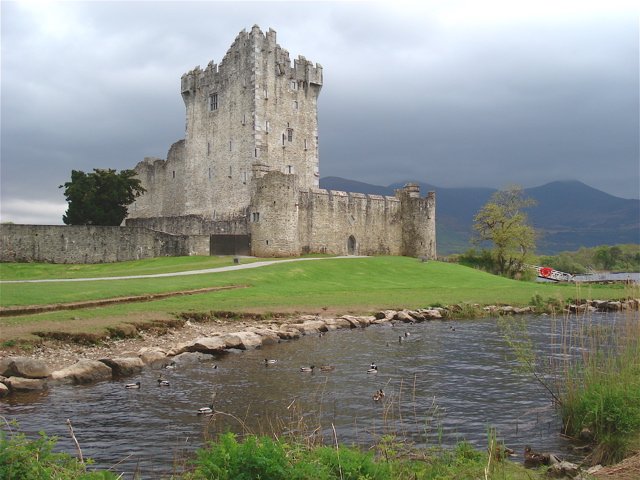 During the Irish Confederate War, Ross Castle was known to be one of the last to surrender to Oliver Cromwell’s Roundheads.

The castle was only conquered when the troops brought in weapons by boat via the Laune River.

Lord McCarthy stayed strong and held the castle against 4,000 soldiers and 200 horses, led by Edward Ludlow. It was by water, however, that Ludlow was able to seize the stronghold.

Prior to the war, there was an Irish prophecy that goes: Ross may all assault disdain. 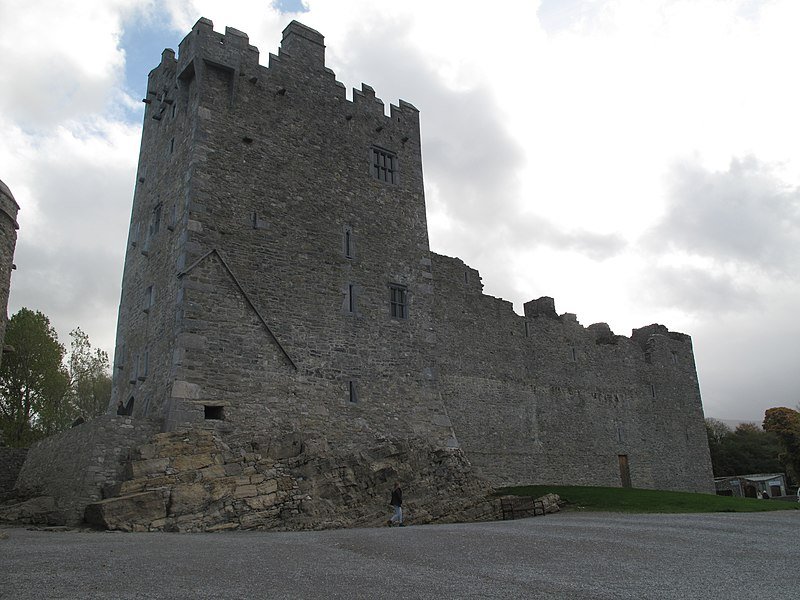 Till on Lough Lein strange ship shall sail. This means that the castle could never be conquered until a warship could swim in the lake. It was quite impossible then, but that’s how Ross Castle yielded.

The ships used them were constructed in Kinsale, and was dragged by oxen to the castle. It was said that seeing the ship rattled the onlookers and Ross Castle eventually surrendered.

During the end of the wars, the Brownes who used to lease the castle retained the land. They did not return to living in the castle though but instead built a mansion nearby.

However, since they were identified and remained loyal to James II, they were exiled. Ross Castle then became a military barracks and stayed that way until the 19th century. 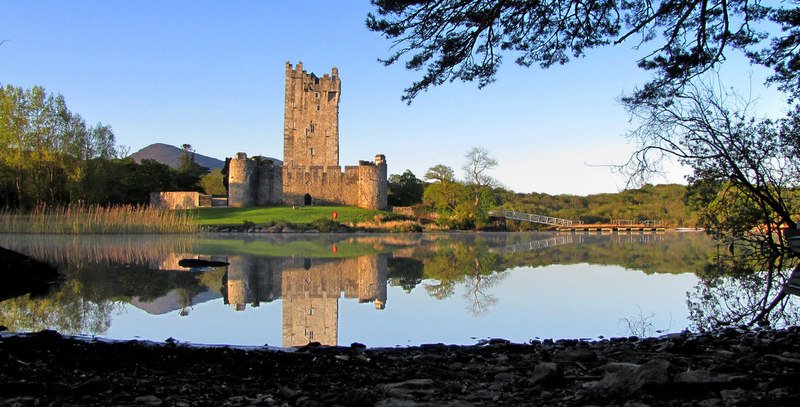 There is a legend that O’Donoghue, who built the castle, actually still exists. It is said that he either jumped or was sucked out from the window at the top of the castle. He disappeared into the nearby lake along with his horse, his table and his library.

He supposedly still lives in a palace at the bottom of Lough Leane. They say that every seven years during May, he rises from the waters in his stunning white horse and circles the lake.

It is believed that those who catch a glimpse of him will be granted good fortune for the rest of his life. 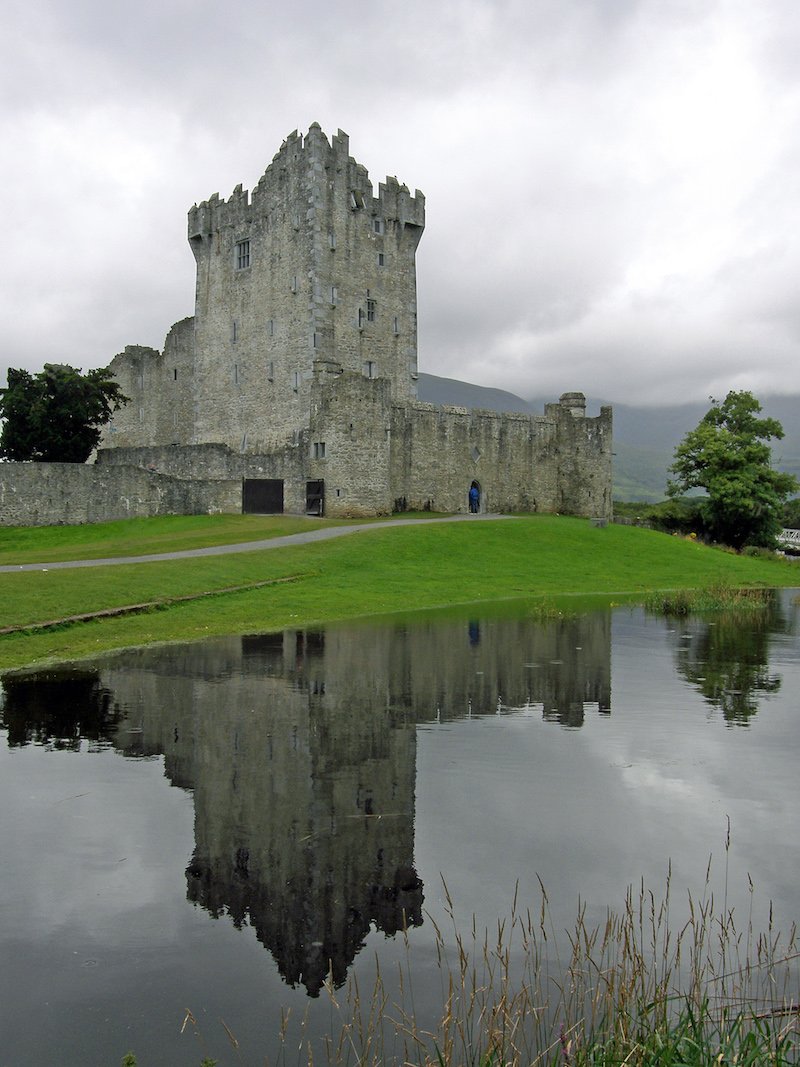 Today, Ross Castle is now under the Office of Public Works and open to the public for visits. The Castle and its surrounding areas get a high volume of visitors every year.

The castle is among the recommended stops in the breathtaking Ring of Kerry tour, and one of the top Killarney attractions.

Much of the original Ross Castle can still be seen today, as well as some 16th and 17th oak furniture. The tour features friendly and knowledgeable guides who portray characters in the castle’s history.

Being situated within Killarney National Park, Ross Castle is also a part of some of its walking and cycling routes.

It is a favorite stop among those exploring the park, a starting point for hikes, and a choice spot for viewing the sunset.

RELATED READ:  11 Best Things To Do in Kerry, Ireland

If you are looking for a tour of the castle, here are our recommended Ross Castle tours for you.