The magnificent Glenveagh Castle is a 19th Century Scottish baronial mansion. It is made of granite and has a four-story keep. It is nestled within a garden that extends to a wooded hillside, and a part of the massive Glenveagh National Park. 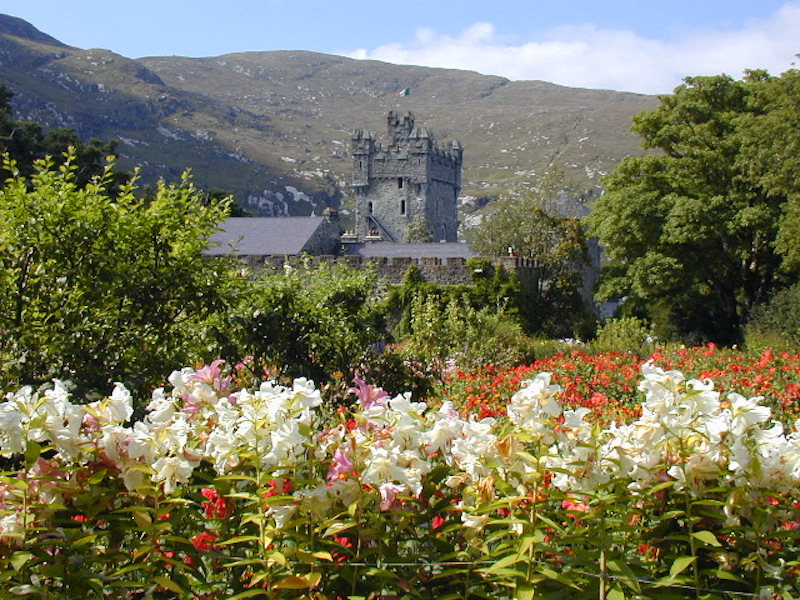 The hauntingly beautiful Glenveagh Castle was constructed between 1867 and 1873.

Its idyllic location by the mountain was inspired by Queen Victoria’s castle, Balmoral. The design if the castle is by John Townsend Trench. He was the cousin of John George Adair, who was also the builder and first owner of the castle.

The design was the first of its kind back then and seemed to have started the trend of Irish tower houses. The primary material was granite which was abundant in Donegal.

Adair was also known back then as Black Jack, who got rid of the tenants in the land to make way for Glenveagh. This action was said to have led to a curse on the castle owners.

The curse was that the owners of Glenveagh would never have children and this has been true since then. Black Hack’s wife took over when he died. She took care of the gardens and the round tower. A kinder person than her husband was, she even housed Belgian soldiers during the first world war. 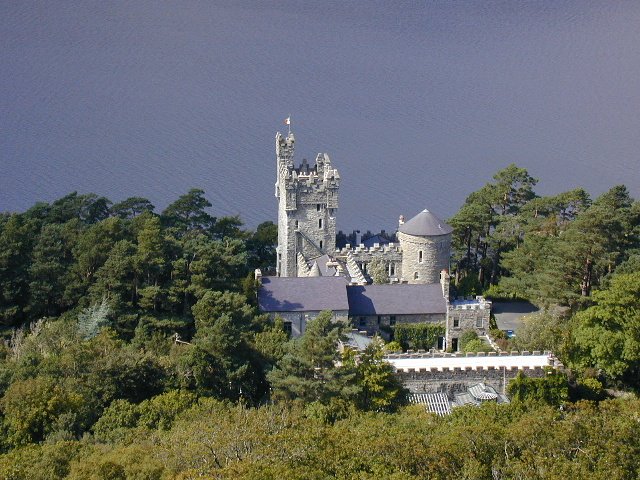 After the Irish Civil War in the early 1900s, Glenveagh Castle was turned over to a Harvard professor who was into Irish archaeology.

However, he mysteriously disappeared while on an island off the coast. The castle then got into the hands of Henry McIlhenny, the curator of Fine Arts in Philadelphia.

Under his care, Glenveagh Castle became a hot spot for cinema stars during the 1950s. Each room was individually decorated, in elaborate themes and details.

In 1979, McIlhenny gave Glenveagh Castle to the Irish state. Today, the castle is being supervised by the Office of Public Works.

Glenveagh Castle is now among the most visited in County Donegal and it’s one of the best castles in Ireland. 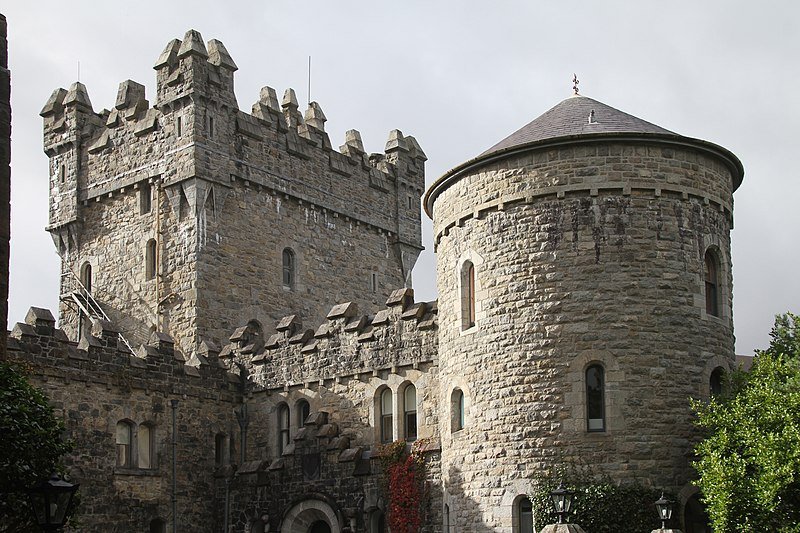 Apart from its rich history and still beautiful facade, the castle’s main draws are its quirky interiors and beautiful gardens. The individually decorated and furnished rooms by Henry McIlhenny are a must-see.

Each room was designed to represent certain eras or themes and is quite fascinating. Only those on guided tours are allowed to visit the rooms.

Glenveagh Castle also has a restaurant that serves meals all day as well as a tea room.

The  Glenveagh Castle gardens were also designed by McIlhenny, who developed it from 1937 until he turned it over to the Irish state.

Featuring a variety of plant species from all over the world, these were arranged with the guidance of famed landscape artists James Russell and Lanning Roper. A tour takes visitors to 17 different stops that showcase the garden’s most stunning parts.

Glenveagh Castle is also surrounded by interesting sceneries. It is set against the backdrop of rugged pear mountains, and below it is a deer park. This area is said to have the largest herd of deer in Europe. One of the six national parks in Ireland, the surrounding Glenveagh National Park is also a must-visit.

The Park has various trails and walks, as well as a diverse plant-life and wildlife. The Park also covers Donegal, Errigal and Slieve Sneacht.

9 am to 5 pm but check in advance first as the castle tour is limited during off-peak and winter season. To verify the schedule, click here.

If you are looking for a tour of the castle, here are our recommended Glenveagh Castle tours for you.

Tweet
Pin2
Share
2 Shares
Ross Castle: A Historical Castle In The Middle Of Ring Of Kerry
8 Best Hotels In Wexford That You Should Check Out