As the staple food of most Irish people during that time, the failure of the crop caused distress. The problematic social and political structure of Ireland during the mid-1800s also worsened the situation.

At the time, it was the British Government, that governed  Ireland (since 1801) and they were unable to do much. Their response and eventual actions bordered on neglect. This resulted in mass evictions, deaths and a huge population decline due to mass migration.

The Great Potato Famine: History And All The Things You Need To Know

What caused the Great Potato Famine?

From the late 18th century to the mid-19th century, the mostly rural Irish population experienced rapid growth. From 1741 to 1847, the population nearly tripled.

One of the factors that contributed to the population increase among the Irish was a relatively healthy diet. This diet was mostly made up of potato and dairy products particularly buttermilk.

However, the rural poor were mostly dependent on the potato. Most areas of Ireland back then did not have any other industry to hire most of its working population.

Most depended on farming to support themselves and their families. They worked on farmlands which were largely owned and rented by rich landlords to the poor.

In addition to the rapidly increasing population, conflicts also started between landlords and tenants. This often resulted in uprisings such as in the case of the 1820s ‘Rockite’ rebellion, which rallied against increased rent and evictions.

The other was the ‘Tithe War’ of the 1830s, where the poor, who were predominantly Catholic opposed the collection of tithes or taxes to the Protestant Church of Ireland.

This shows that the years before the Great Famine already had signs of a potential disaster that will greatly affect its poorer population. So when the potato blight hit Ireland, it affected a big portion of the country.

In the years that followed, these factors escalated to a degree that contributed to the disaster that was the Great Potato Famine.

In the 1840s, a fungus called the potato blight or Phytophthora attacked the potato plant and it spread from North America to Europe. The dark fungus was discovered in the summer and autumn of 1845, and that made the potatoes inedible.

The potato blight when it reached Europe hit Ireland the hardest.

About half of the crop failed, which greatly affected the poor whose money was mostly reserved for paying rent.

The potato was their staple food, and the crop’s failure caused undue stress due to food shortage. People began selling what little they had as well as farm animals to help buy food for at least one season.

Robert Peel, the then British Prime Minister tried to provide relief by importing food from North America, which was sold at discounted prices to the poor.

He also canceled the tariffs on corn that was imported into Britain in an attempt to make bread cheaper.

These actions by both the people and the British government might have forestalled the famine, but the blight hit again in 1846. It was more severe this time, and very few healthy potatoes were harvested that autumn.

The food crisis worsened, and most poor families didn’t have anything left to support themselves or fall back on.

More people were starving, and about a million of people even died. This was made even worse by the unusually cold winter.

Most deaths were caused by diseases that easily affects malnourished people. There were even entire villages living in cabins that died from fever. 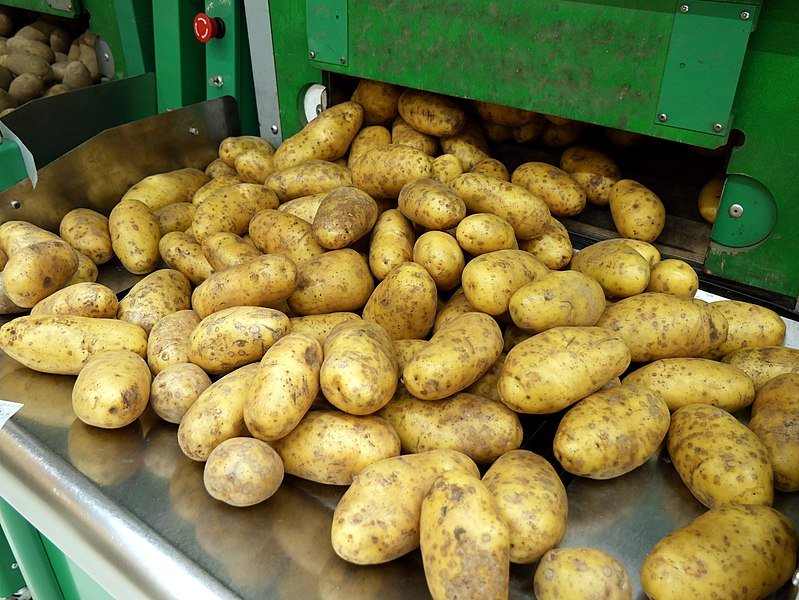 The year 1847 was the worst year of the famine. There was no crop failure but there were practically no potatoes harvested that year.

The farmers no longer have seeds and those who have been too scared that the crop will fall again. Hunger has also left them unable to work on the farms, or they’ve been evicted due to the inability to pay rent.

Hungry people either started going to the workhouse to do labor in exchange for food. A significant number of these people died because of unsanitary working conditions in these places. More people started begging for food, and most of them died too because of extreme hunger.

The number of famine deaths greatly increased during this year, as the British government was not that helpful.

RELATED READ:  10 Movies Set In Ireland That You Must Watch Before Visiting

People were also evicted from their homes, which were burned down by sheriffs so they won’t be reoccupied. The peak of the death toll was from the winter of 1847 to 1848, with tens of thousands more deaths until 1851.

Losing shelter in the midst of the great famine was also a factor in these deaths. A number of landlords set up charities and soup kitchens, but most of those who actually survived the famine will remember the tyranny of the landlords backed by the British state.

Did England help Ireland during the potato famine?

The response of the central government in London was needless to say, quite inadequate. It even got worse when Robert Peele was replaced by the Liberal Sir John Russell after an election in 1847.

A staunch believer of the ‘laissez-faire’ or non-interference in the market, the Liberals cut many of the initiatives that could have prevented mass deaths. They were basically reluctant to send continuous relief efforts because they were worried that the people might be too dependent on dole-outs and rations.

They put more trust in the public works scheme, but by this time the people were already too weak to work.

In 1847, the conducted relief efforts by setting up soup kitchens but eventually stopped it. The soup kitchens only ran from January to August of that year, when famine hit the hardest.

The British government instead put the burden on Irish landlords to provide relief. The landlords, in turn, imposed rules on who gets to have food, which resulted in more people still starving and dying.

These decisions clearly didn’t solve but only worsened the crisis. Providing a way to solve the crisis clearly was not a priority for the British Government.

How did they stop the potato famine?

The Great Potato Famine was not consciously solved by anyone who could’ve helped alleviate it. What happened was the potato crop just slowly recovered from 1848 until the crops were finally completely reliable again in 1852.

There wasn’t a definite number, but estimates show that around one million Irish men, women, and children died during the great famine.

Another million left the country as soon as there was an opportunity to do so. Those who left went on batches, carried by ships that landed on other parts of Great Britain, to North America and even as far as Australia.

What was the effect of the potato famine?

As a million died due to starvation and disease, another million left to escape hunger and poverty — the Irish population declined.

The mass migration also continued throughout the 19th and early 20th centuries. This resulted in a permanent Irish population decline, from about 8 million in 1840 to 4 million in 1900. This also affected the Irish language.

Before the famine, the Irish language was spoken by up to half the population but only 15% of the 4 million can still speak it by 1900.

There clearly was no question about the significance of the Great Potato Famine (or, in the Irish language, An Gorta Mor) in Irish history.

It was a dark period that factored in the Irish diaspora of the 19th and 20th centuries, resulting in a long term decline in its population.

In 1997, then British Prime Minister Tony Blair issued a formal apology to Ireland for how the U.K. government’s handled the horrific crisis.

In recent years, most cities where the Irish emigrated had various events dedicated to the lives lost during the famine. These include Boston, New York City, Philadelphia and Phoenix in the United States, as well as Montreal and Toronto in Canada.

In Ireland especially in Dublin, various museums were established that tell the history of the famine, as well as those honoring the people who survived it.

Tweet
Pin
Share80
80 Shares
15 Affordable Castle Hotels In Ireland That Won’t Break The Bank
Dublin Tours: The 10 Most Unusual Tours In The City