Cork City Gaol is an important part of Cork’s historical and cultural heritage. The Gaol is located at Cork’s Northside in an area called Sunday’s Well, and easily accessible from the city centre. The building kind of resembles a castle, and well preserved despite being at least a couple of centuries old.

Cork City Gaol: History And All The Things You Need To Know 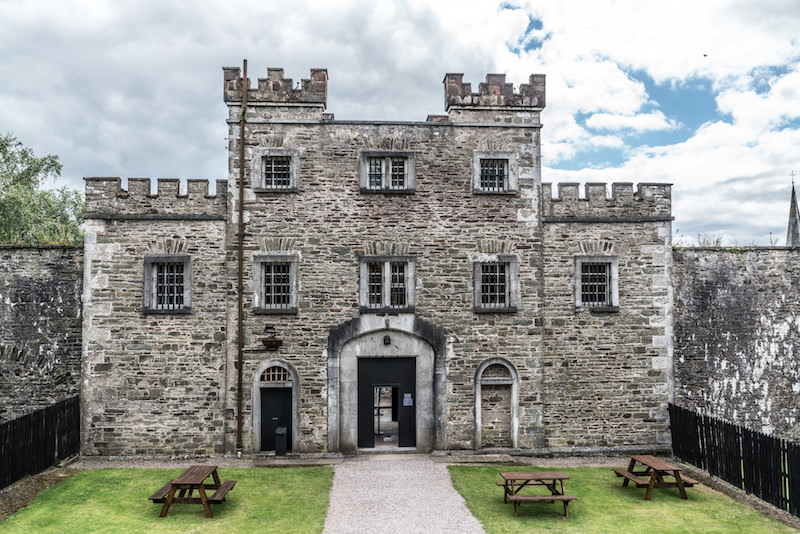 The place may have a grim history but it is regarded as one of the finest examples of Ireland’s architectural heritage. This former prison is now one of the most fascinating attractions in Cork. Touring the Cork City Gaol is a little strange, but quite fun and informative.

In the 1700s, there is already a Gaol in Cork, located in the heart of the city at the North Gate Bridge.

However, this old Gaol was in a confined site. The old prison also became too crowded abd therefore, unhygienic for its ‘residents’. It was agreed upon that a new gaol, one better suited to ‘modern’ times, was necessary.

An Act of Parliament was passed to build the Cork City Gaol in 1906. The start of the actual construction took a while but it was eventually done.

Meanwhile, those sentenced to death were executed by hanging from the gatehouse of the prison. The gatehouse is the area that’s most visible to onlookers and passers-by.

People can only see Gaol’s main prison after they have passed through the gatehouse first. The Cork City Gaol may be grand,  but the gatehouse is a reminder of its grim purpose.

In 1868, hangings were eventually stopped.

During the 1870s, many changes took place in the Goal. The West Wing was renovated to make it brighter and more spacious.

The Cork City Gaol was converted into a place of confinement for female prisoners both from Cork City and Cork County. The male prisoners were housed in the County Gaol.

During the Civil War, the City Gaol had political prisoners, before it finally closed in 1923. The remaining prisoners from the Goal were either released or sent to other prisons.

Cork City Gaol was left unused for a few years since. 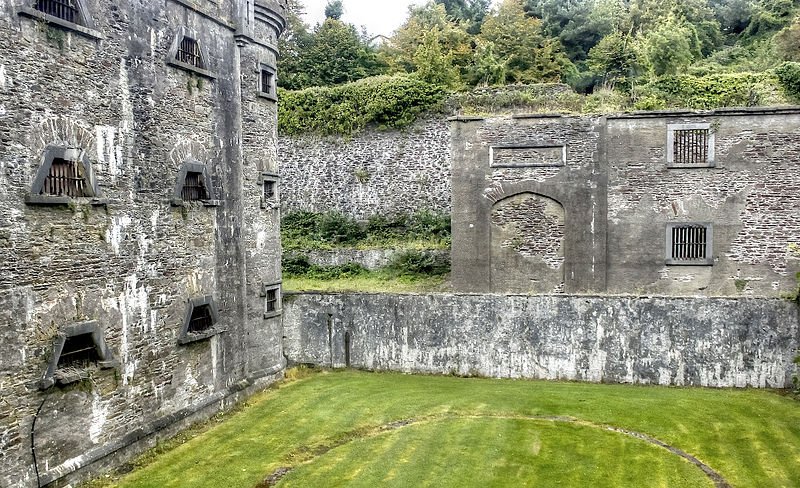 In 1927,  the centre of the main building was used by Radio Eireann for Cork’s first radio station, GCK. The former gaol became a broadcasting station until the late 1950s.

The building was then left alone until it became completely derelict. Years after, it went through extensive renovation and restoration.

In 1993, the Cork City Gaol reopened to the public, this time as a heritage centre and museum.

Today, you can visit the gaol and take a self-guided tour. You may also request for a guided tour if you book ahead. They also offer a spooky night-time tour of the gaol.

When you visit without booking ahead, you can stop by the admission desk for either an audio guide or a booklet yo help you out as you explore the building.

As you walk through hallways and rooms, you will learn more about the Gaol. You will also learn about the tules and punishments and the prisoners that used to be confined here.

You’ll encounter some wax figures depicting Gaol characters such as ad guards and prisons. They are quite life-like and definitely adds more to the experience.

While you either listen to the audio guide or read the booklet, the wax figures what life was like in the goal in the 1800s to early 1900s.

Cork City Gaol is a fascinating place to visit to learn more about an aspect of the city’s heritage and history. It is pretty low key, but there’s plenty to see and explore. Cork City Goal is open for visits all year round but with shorter hours during winter.

Family ticket: (2 adults and up to 4 children)

Tweet
Pin5
Share
5 Shares
King John’s Castle: History And All The Things You Need To Know
15 Best Things To Do In Kinsale, Ireland