Located in the southwest of Ireland, County Limerick is home to a vibrant medieval city as well as many historic and cultural sites like castles.

These Irish castles of varying states of preservation are scattered along the countryside, silently telling stories from the country’s turbulent past.

From ruins set on a hill or a river island to well-preserved structures nestled within estates – here are the best castles in Limerick that you can visit.

13 Best Castles In Limerick That You Must Visit 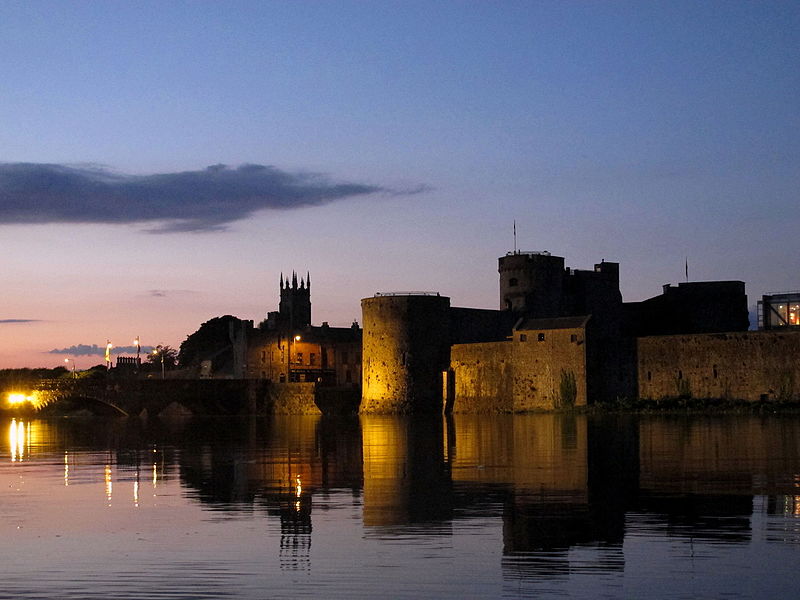 King John’s Castle is a 13th-century castle located on King’s Island in Limerick and next to the River Shannon. The castle overlooks the river and the panoramic view of Limerick City.

The stunning new exhibition brings to life over 800 years of King John’s Castle and Limerick City’s dramatic history all through Touch-screen technology which will connect visitors to tales of siege and warfare.

And if you are staying in neighboring cities, it is one of the best day trips that you can do from Dublin, Cork or Galway.

The scenic Askeaton Castle was first constructed in 1199 and stands on a tiny island on the beautiful River Deel.

This castle in Limerick was blown apart during the Desmond rebellion in 1580 and was completely dismantled when invaded by the Cromwellian forces in 1652.

Today, visitors can only see remains of the old Askeaton Castle, such as the 15th century Banqueting hall, as well as what was left of a 13th-century wall.

Built in the 16th century, Bourchiers Castle was named after Sir George Bourchier.

He was the son of the Earl of Bath and the family-owned the castle until 1641. The castle is located at a peninsula on Lough Gur near the town of Bruff in County Limerick.

Also known as Castle Doon, this ruined five-story tower house was used as protection for the northern approach to Knockadoon on Lough Gur.

The castle is not open to the public, but there’s a visitor center nearby where you can learn about its history as well as the surrounding areas. 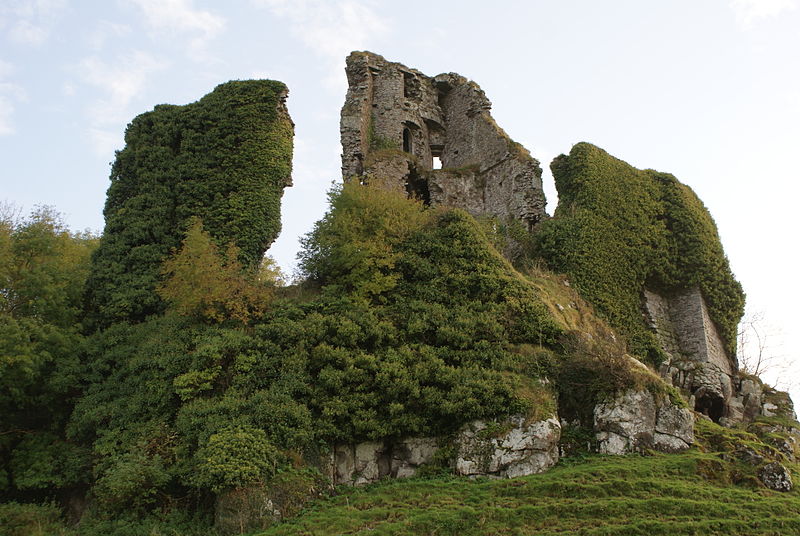 Built in the mud 15th century, Carrigogunnell Castle sits on a  volcanic rock that has amazing views of the whole Shannon estuary.

Located close to the village of Clarina, this Limerick castle is comprised of a multi-sided enclosure. It is fortified by a 15th-century wall that’s not quite in a good state.

The castle remains to be a sight to behold, though, as one can still see remnants from when it was blasted apart by cannon during the siege of Limerick in 1691.

A lovely mix of Gothic and Medieval architectural styles, Dromore is one of the newer castles in Limerick. It was built in the early 1870s for the Earl of Limerick, from a design by Edward William Godwin.

Dromore Castle stands on a hill by a lake in a large forest thicket. It is made up of a three-story block, has a side tower and round tower at the back.

Visitors are not allowed to access the interiors of the castle but the view from the outside is quite stunning.

The present owners of the castle live nearby and those who visit can ask permission to have a closer look.

This Limerick Castle stands in a farmyard, already in ruins but still in good condition. Fantstown Castle dates back to the early 1309s and was built by the Fant family.

In the 1600s, the castle was restructured, replaced the top half being replaced, and added turrets.

Despite some damaged parts, this five-story tower still has some of its old features intact such as bartizans and fireplaces.

Dating back to the 16th century, Glenquin Castle is one of the finest tower houses built during that era. This well-preserved structure is located in the village of Killeedy in County Limerick.

The structure takes its name from Gleann an Choim which is Irish for Glen of the Shelter.  This Limerick castle was built as a fortified dwelling and has undergone restorations throughout the centuries.

Its appearance is more if a tower house than a fairytale castle, comprised of a six-story limestone tower that has been repaired and reroofed.

This structure is located in Ballingarry, Limerick, and is highly regarded for its architecture.

Built by the Rev. William H. Massy in the early 1800s, Glenwilliam’s Castle reflects the building style developments from the time it was constructed to the many additions and restorations done for the past few centuries.

One of the main features of the castle are the bows in the center of the house, the front tower, turrets, and many outbuildings.

Situated near Tarbery in County Limerick, Glin Castle is set in a 500-acre woodland estate. It stands by the banks of the River Shannon and was originally a long thatch house built in the 1780s.

This well preserved and restored Georgian castle is made from local stone and features three gothic folly lodges.

At present, the castle is still in the hands of the Knights of Glin and is rented out from March to November. Glin Castle makes for a stunning venue for weddings and other special occasions.

Not to be confused with the 13th-century castle in Limerick City, King John’s Castle of Kilmallock town was constructed in the 15th century.  This Irish landmark is a four-story tower that used to be part of Kilmallock’s northern gate.

Considered as a good example of a ‘Peel’ tower (watchtowers where signal fires can be lit by the garrison to warn of approaching danger).

From the time it was built, King John’s Castle frequently changed ownerships and was at one time used as a military hospital. It was renovated during the 18th to 19th century and was used as a blacksmith’s workshop.

Now a National Monument, you may visit the castle and the rest of Kilmallock town which has a lot of beautiful period structures.

The 15th-century Matrix Castle was founded by the Fitzgeralds, and located in the outskirts of County Limerick’s Rathkeale town. The castle was where the English writer Sir Walter Raleigh met the poet, Edmund Spenser.

This meeting was said to have inspired him to write ‘The Faerie Queen’. The castle was abandoned for centuries and fell into disrepair.

In the 1960s, it was bought by the American Sean O’Driscol and restored Matrix Castle to its former glory.

Today, it is still owned and maintained by the O’Driscoll family and houses a library that keeps a collection of original Wild Geese documents.

Located in the heart of County Limerick, Springfield Castle rests in a lush 200-acre estate. The avenue that leads to the estate is lined by ancient lime trees that are itself, a must-see.

This castle is actually a group of buildings that surrounds a courtyard.

Springfield Castle started as an old stone keep built by the Fitzgeralds in the 15th century. More structures were built by its subsequent owners.

The castle is now known as the ancestral home of Lord and Lady Muskerry.

The estate offers wonderful accommodations for those looking to explore the area and the nearby Wild Atlantic Way. The castle also hosts events like weddings and other special celebrations.

The Desmond Castle is located on the edge of the village of Adare, just off the N21 on the main Limerick to Kerry road.

The castle was erected with an ancient ring-fort around the early part of the 13th century. It became a strategic fortress during the following turbulent years.

It was the property of the Earls of Kildare for nearly 300 years until the rebellion in 1536 when it was forfeited and granted to the Earls of Desmond who gave the castle its present name.

Tweet
Pin5
Share
5 Shares
RELATED READ:  10 Top Things To Do In Drogheda, Ireland
9 Best Camping Sites In Ireland With Amazing Views
12 Best Irish Beers That You Must Try In Ireland