A beautiful coastal town located on Northern Ireland’s Wild Atlantic Way and part of County Antrim, Portrush dates back to around the 12th or 13th century.

Formerly a fishing village, it is now one of the most popular resorts in the region. There’s plenty of extraordinary attractions in and around Portrush – from historic castles to an adventure-filled walk to some of the most iconic sights you’ll ever see.

To help you better explore Portrush and the places surrounding it, here’s a list of the best things to do in Portrush to make sure you’ll see the best of this scenic town.

11 Best Things To Do In Portrush, Northern Ireland 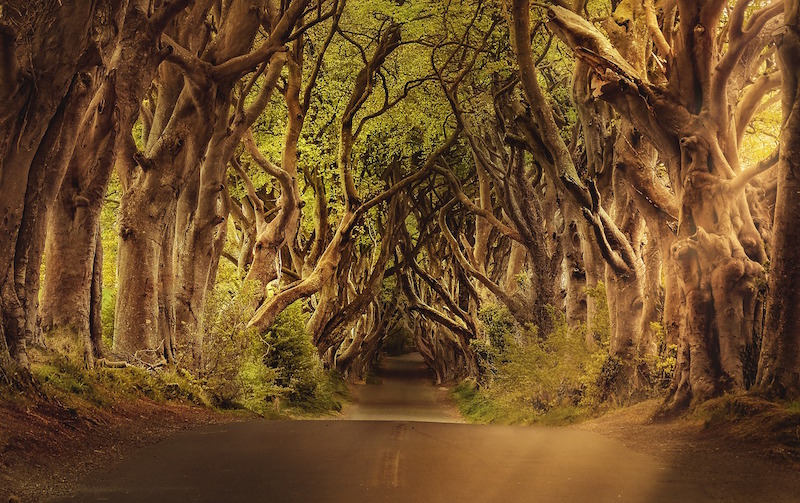 A walk through the Kings Road or Winterfell is a must, whether you’re a fan of the phenomenal series or not.

Northern Ireland’s historic castles and stunningly beautiful scenery was used as a backdrop for the series, and you just have to walk and take pics in the beech tree-lined road known as the Dark Hedges of Armoy at Stanocum, or the Kings Road in Game of Thrones.

Although this is not within Portrush, it is close enough for a quick visit at only 25-minute drive.

There’s also the magnificent Towers of the Strangford  Castle Ward Estate, known in the series as Winterfell. Make sure to also visit the foreboding Cushendun Caves and picturesque  Ballintoy Harbour nearby. 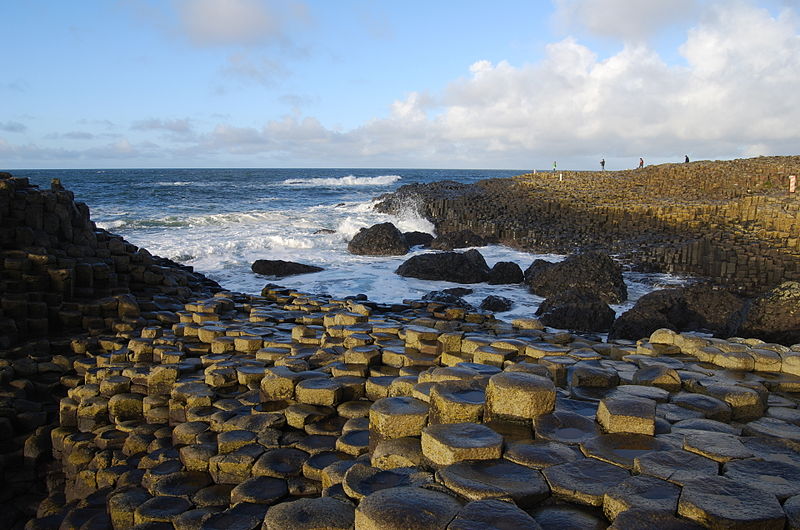 Probably one of the world’s most picturesque sites and certainly among the best places to see near Portrush is the Giant’s Causeway.

This iconic natural wonder is made up of about 40,000 polygonal basalt rock columns, formed by the ancient volcanic landscape.

It is called the Giant’s Causeway because they’re spread along the coastline like a series of gigantic stepping stones. Extraordinarily beautiful and dramatic, a walk in one of nature’s strangest pathways shouldn’t be missed.

The access to the Giant’s Causeway is free however the visitor center charges €12.50 per adult and €31.00 for a family of 4. 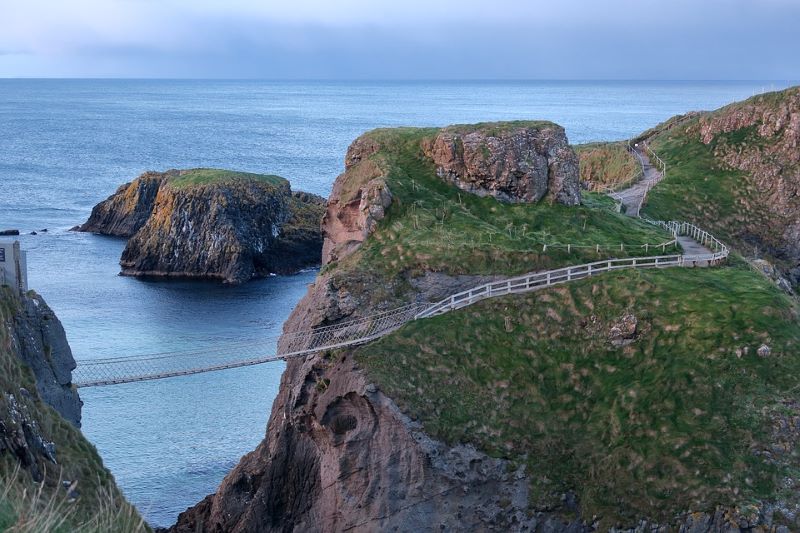 Not for the faint of heart but surely for anyone who wants a unique perspective of already stunning scenery,  then this one is for you.

One of the best activities to do near Portrush is a walk across the Carrick-a-Rede Rope Bridge and back earns you not just a National Trust certificate, but one of the most exhilarating experiences ever.

You’ll be hard-pressed to find better scenery than what you’ll see as you cross the 20-meter rope bridges, that hangs 30 meters up from the rocks below and links the mainland to the tiny island of Carrickarede.

An unforgettable ride that will take you through unrivaled scenery where you’ll see ancient castles, amazing geological formations, golden beaches, and picturesque seaside towns and villages – a drive (or cycle) through the Causeway Coastal Route is one of the best things to do in Portrush on weekends.

Said to be one of the greatest road trips on earth, the Causeway Coastal Route brings you through an almost surreal ride amidst stunning scenery and colors, against a dramatic coastal backdrop, making it the ideal place for a leisurely tour. 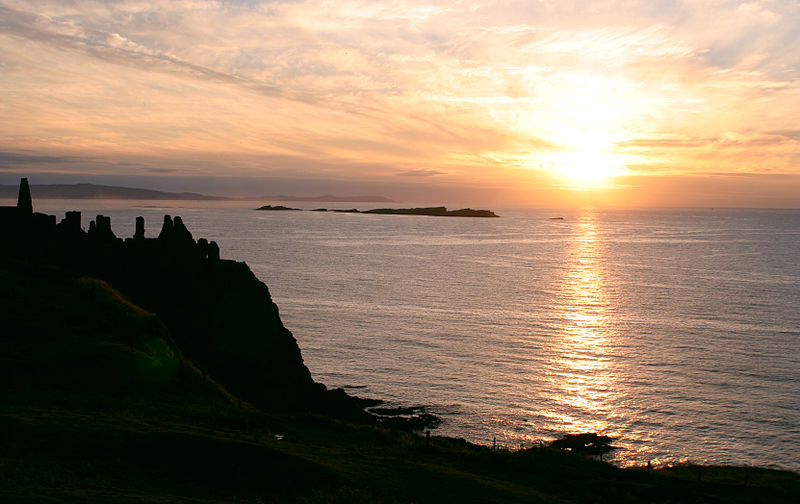 Portrush is so strategically located that a trip here gets you so close to Northern Ireland’s best sights.

Nestled in an abandoned village with the same name, Dunluce Castle, especially at sunset, is one of the prettiest things to see in Antrim.

This Castle sits dramatically close to a headland that plunges straight into the sea, along the North Antrim coast. It’s definitely the stuff of legends but more enchanting than any folktale attached to it is how magnificent it looks when the sun sets.

6.The Glens of Antrim 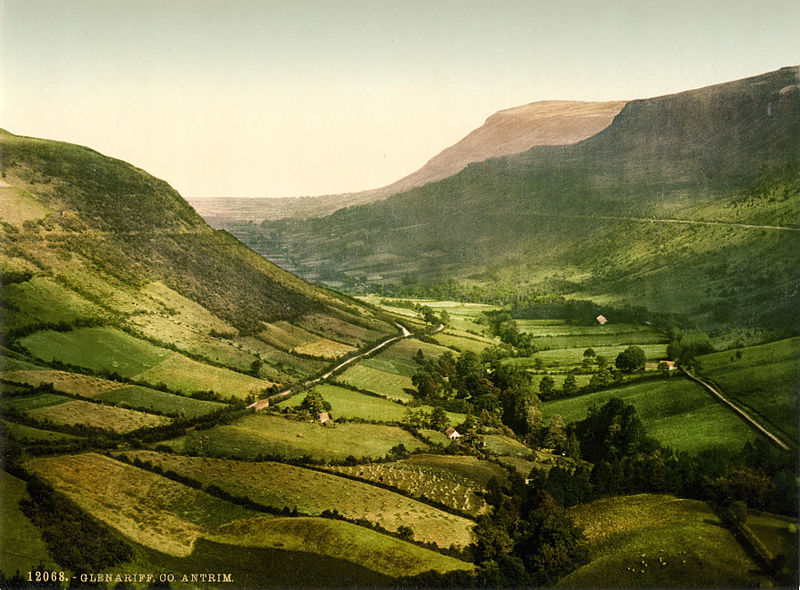 Easily reached from Portrush, the Glens of Antrim or simply The Glens are made up of nine glens or valleys from the Antrim Plateau to the coast.

RELATED READ:  11 Things To Do In Mullingar, Ireland

The Glens are an area of stunning unspoiled natural beauty and are a major attraction in north Antrim county. The people living in the glens are descended mainly from native Irish, Ulster Scots, and Hebridean Scots.

Being here is like literally being lost in time, and certainly a good way to escape from the hustle and bustle of everyday life. 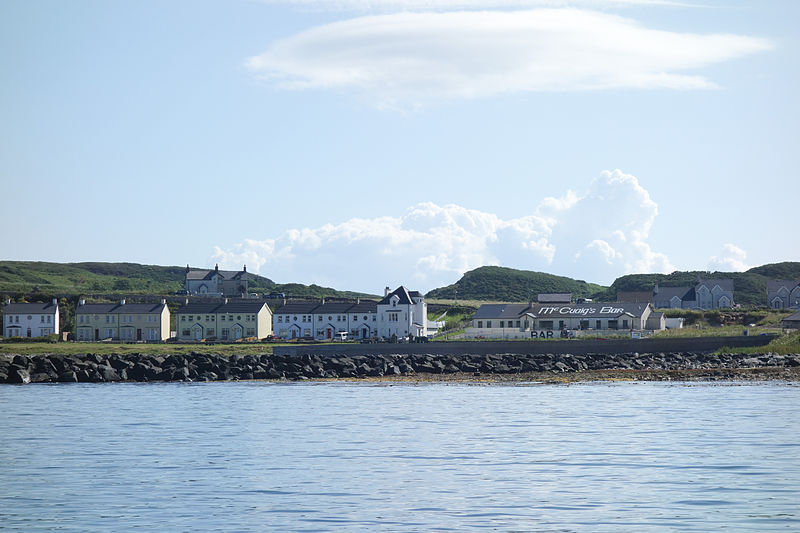 A literal escape is a few hours or even a day spent in the quiet, rugged beauty of Rathlin Island. A quick ferry ride here takes you to an entirely different world – one that’s calm, quiet, and mostly still unspoiled.

Rathlin Island is just six miles long, one mile wide, L-shaped, and home to a population of around seventy people. The island is also home to the iconic upside-down lighthouse built into a cliff face, as well as one of the largest seabird colonies in the UK. 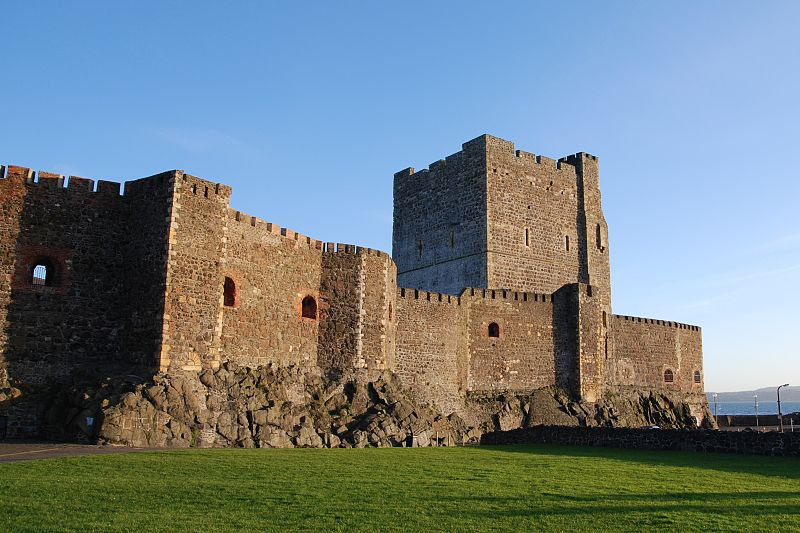 A visit here takes you through its 800 years of history as it is one of the most important and best documented medieval castles in Ireland.

Since its construction, the castle played an important military role until 1928, but it’s still one of the best-preserved medieval structures in Ireland. The interiors remain impressive, from the keep to the banquet hall, to the medieval life exhibits and the collection of cannons that were once part of the defenses.

At present, Carrickfergus Castle is managed by the Northern Ireland Environment Agency as a state care historic monument.

Follow in the footsteps of Ireland’s patron saint St. Patrick by hiking up the peculiarly shaped Slemish Mountain, where he was enslaved as a boy. The climb up isn’t easy, but you’ll be rewarded once you reach the peak.

Surely one of the best things to do in Portrush, a hike to the summit of  Slemish mountain gives you unrivaled views of the Glens of Antrim, the rugged  Causeway Coast, and even Scotland on a good day.

Formerly a fishing village, Portrush is now one of Ireland’s surfing hotspots. If you like riding the waves, then spend time at White Rocks beach.

Powerful waves are around much of the year at this exposed beach break, all within walking distance from the busy holiday resorts of Portrush. And it’s also one of the top attractions in Portrush and one of the best beaches in Ireland.

RELATED READ:  How To Save For Travel For Ireland

Another place that was part of Game of Thrones is the Ballintoy Harbour, so you can just imagine how picturesque it is like the fictional Iron Islands.  Up close, it’s even more magnificent, with its crashing waves, craggy shores and wind-ravaged grass banks.

If you’re up for a rather extreme adventure, one of the best things to do near Portrush is to go paddleboarding in the Ballintoy.

Sign up for lessons from one of the paddleboarding schools in the area so you can enjoy exploring Ballintoy and other picturesque spots along the coast in no time.