Who invented Halloween? Read on to find out the history, significance, and how the tradition starts with one of the most popular celebrations in the world.

Save for the gory and spooky costumes, today’s Halloween are more like celebrations. Often held during the last night of October, these fun parries are filled with music, dance, drinks, and merriment.

For kids, this a great time to don costumes and go around the neighborhood for treats… or tricks.

The origins of Halloween, however, was nowhere near the way it is done today. It was a festival alright, but it had a more significant meaning.

To know how Halloween started, one has to look back to Ireland’s fascinating Celtic past. 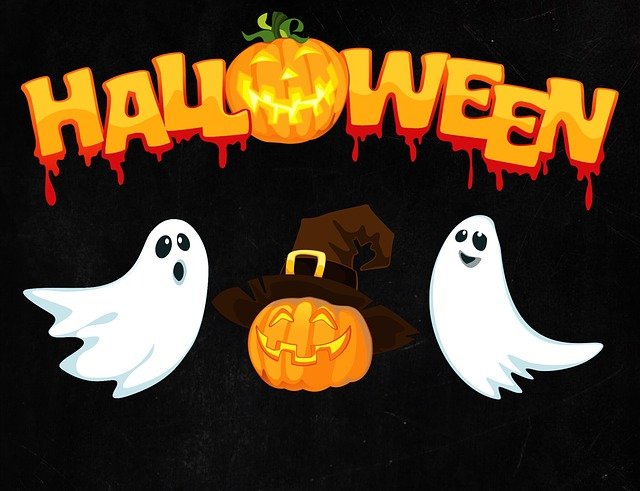 How did Halloween start and why?

Halloween traces its origins to the ancient Celtic festival of Samhain (pronounced sow-in), from 2,000 years ago. The areas occupied by the Celts then are now known as Ireland, the United Kingdom, and Northern France. Back then, their New Year celebrations were held on November 1.

It was a significant date because it marked the end of the summer and harvest season and the start of the cold winter months.

For the ancient Celts, winter is often associated with human death.

The Celts believed that on New Year’s Eve, the dividing line between the realms of the living and the dead becomes practically nonexistent.

This is why they celebrated Samhain on the night of October 31, when it was believed that the spirits of the dead roamed the earth. These spirits caused trouble and even damaged crops.

However, as these ghosts returned to earth, it was also a great time for the Druids (Celtic priests) to make predictions about the future.

For the Celts who were primarily dependent on nature, these predictions were a valuable source of comfort during the dark winter months.

For the next few centuries, two Roman festivals were combined with the Celtic Samhain.

RELATED READ:  11 Things To Do In Connemara, Ireland

Both held in late October, these are Feralia, when the Romans traditionally commemorated the dead, and a day to honor Pomona, the Roman goddess of fruit and trees. 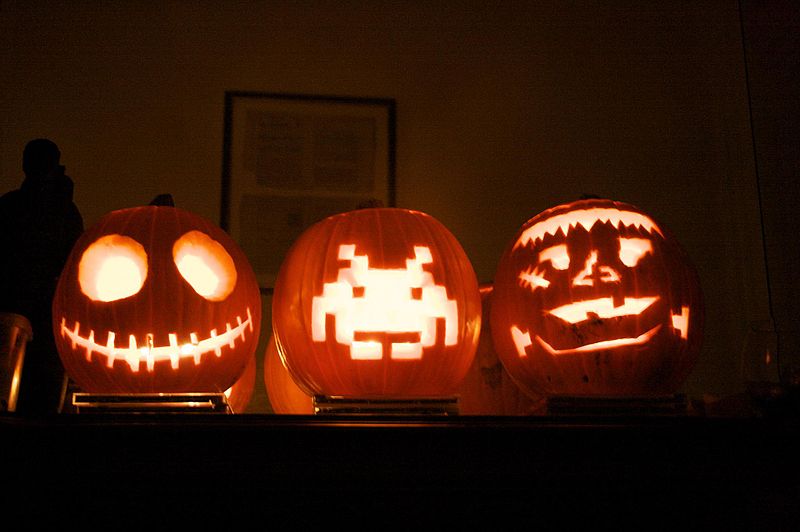 The celebration of Halloween, just like with the Celts have spiritual roots for Christians. It is considered religious because the Christian version of the old Samhain also honors the dead.

On 609 A.D., Pope Boniface IV declared the 13th of May as the Catholic feast of All Martyrs Day. On the same day, the Pantheon in Rome was dedicated to all Christian martyrs.

In the 8th century, Pope Gregory III later moves the festival to November 1, expanded to honor all martyrs and saints. This is now known as All Saints Day.

The Influence of Christianity has spread to Celtic lands by the 9th century. Christian and Celtic celebrations gradually blended, and by 1,000 A.D., November 2 was declared by the church as All Souls’ Day.

Back then, the celebration of All Souls’ Day was similar to Samhain, with bonfires, parades, and dressing up in costumes as saints, angels, and devils. This pretty much started the Halloween costume parties that we know today.

What is the meaning behind Halloween?

This is held on October 31,  the eve of the Christian All Hallows’ Day or All Saints’ Day.

It is said that the Halloween celebrations were to still honor the ancient Celtic Samhain festival, while still keeping the Christian holidays of All Saints and All Souls’ days.

Why do people wear spooky costumes during Halloween? 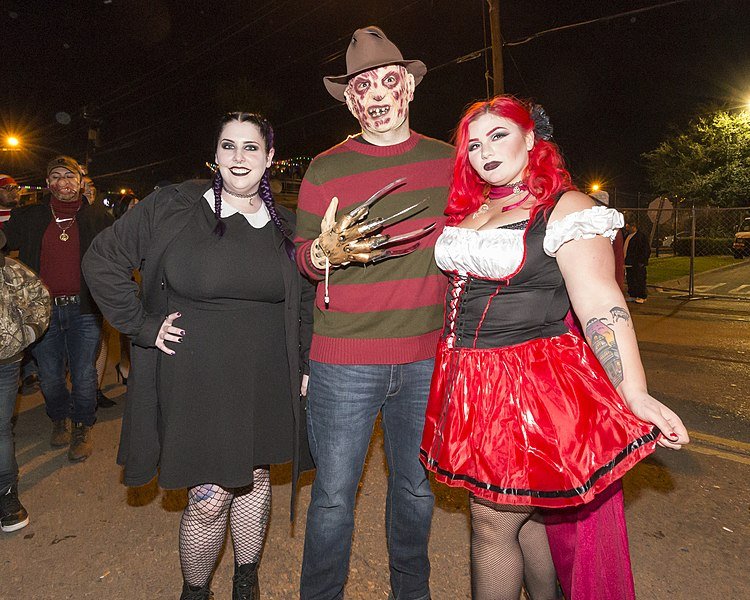 The modern practice of wearing spooky costumes during Halloween parties date back to the Celtic times.

During the Samhain, it is said that the veil separating the worlds of the living and the dead thins.

On this night of the Samhain, the Druids dressed up as spirits and devils to avoid being taken away by the dead at the end of the night.

This was later adopted by Christians when celebrating All Souls’ Day.

Where did ‘Trick or Treat’ come from?

“Trick or Treat” started in Ireland, through a practice called “Souling”. The poor kids went from door to door during Halloween, as they sang songs and offered prayers for the dead.

RELATED READ:  10 Best Things To Do in Youghal, Ireland

This was in exchange for a fruit-filled flatbread that was known as “soul cake”. This is the treatment given to kids.

The trick was added in the 20th century when a child performs tricks if they didn’t get any treat. The phrase “trick or treat” first appeared in November of 1927, in the Blackie, Alberta Canada Herald.

Why is the pumpkin a symbol of Halloween? 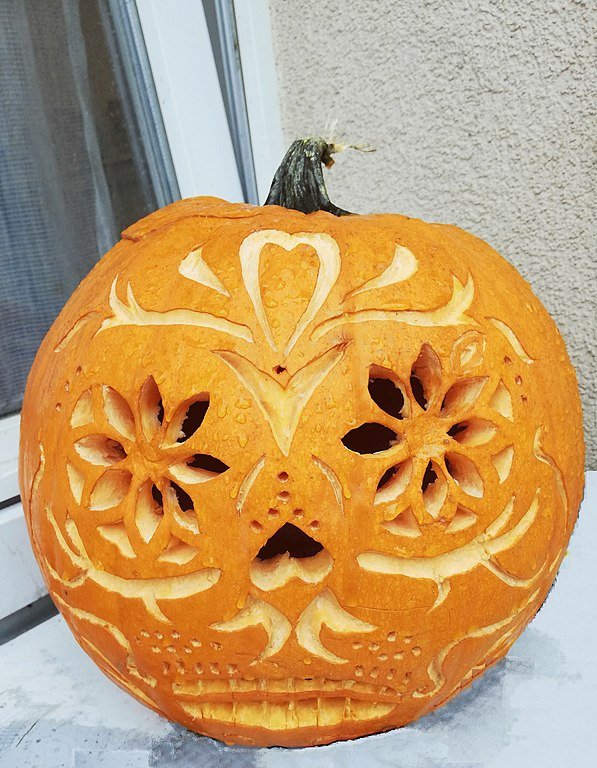 The pumpkin or jack-o-lantern traces its roots to the 18th century. That time, there was a blacksmith named Jack who made a deal with the devil.

He was, of course, denied entry to heaven when he died and was condemned to roam the earth as a spirit. He asked the devil for some light and he was given a coal ember. Jack placed it inside a carved turnip.

In turn, villagers in Ireland placed similar jack-o-lanterns in their windows and terraces in the hope that no wandering spirit would visit them.

The Irish brought this custom to America when they emigrated. However, there was always a shortage of turnips so they used pumpkins instead.

How is Halloween celebrated in Ireland today?

Today in Ireland, Halloween is a holiday filled with festivities, costume parties, and even pranks. There are houses that are decorated in spooky folklore creatures such as vampires, witches, ghosts, and banshees. They even have a Halloween tree, which is like a black Christmas tree, decked with all sorts of creepy and gory things attached to it.

The city of Derry in Northern Ireland was listed as one of the top Halloween destinations all over the world.

This city has a long tradition of celebrating Halloween, with parades, fireworks, and street dances. It is like a spooky mardi gras or carnival.

Other cities in Ireland have their own Halloween festivities as well as costumes, dances, and parades.

RELATED READ:  15 Best Things To Do In Kinsale, Ireland
Tweet
Pin3
Share
3 Shares
What Is Ireland Famous For?
20 Funny Irish Jokes That You Should Know!