Located off the north coast of County Donegal, Tory is a tiny island at just about four and a half kilometers long and a little over one kilometer wide.

Known for its rugged landscapes and as a stronghold of Irish traditions, Tory Island is one of the most unique places to visit in the Atlantic and one of the best islands in Ireland.

Tory Island – Things To Do And See 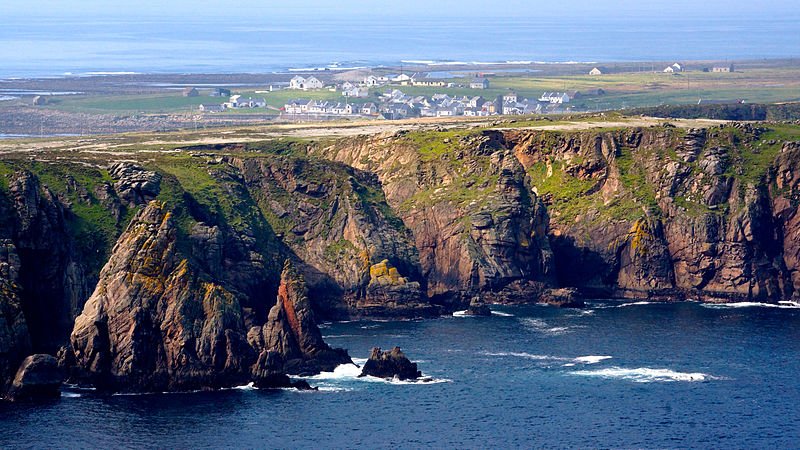 Rock refers to the cliffs and rocks that make up most of the island. Meanwhile, ‘robber’ is said to refer to the first occupants of the island – a band of pirates called Fomorians.

Tory island is comprised of granite cliffs on the north side,  which turns gradually into the pink quartz high rocks on the far northeast of the island. The highest among these cliffs is Tor Mor, at about 115 feet high.

The rocky shoreline and two small lakes are found in the south of Tory. One of these is among the few natural lagoons in Ireland, the salt waters of Loch O’Dheas (south lake). The other is the freshwater Loch O Thuaidh (north lake), found at the end of the island.

The island’s rough landscapes are a haven for seabirds, which visitors will most likely spot as they take a walk around.

How to get to Tory Island

The island is accessible by daily ferry services from Donegal, from either Donegal Coastal service or Toraigh na dTonn.  Services run daily but still depends on the weather, and travel time is about forty minutes.

Every two weeks, a helicopter visits the island to bring a doctor from the mainland. Spare seats are offered to those who want to visit the island. It is possible to see most of Tory during a day trip but it is recommended to spend at least a night here to fully appreciate what the island has to offer.

Things To Do On Tory Island

Remote and wild, Tory Island has some interesting sights and things to do that will make even a day visit quite memorable. Here are some of them:

Following its unique tradition, Tory Island has its own king, and visitors will meet him soon as they step on the island.

This is definitely a Tory attraction that makes every visit extra special, as you’ll get the chance to encounter the only monarch in Ireland.  Current, painter Patsaí Dan Mac Ruaidhrí is the Rí Thoraí or King of Tory Island.

Visitors who would like to spend more than a day in Tory must experience its own brand of nightlife and party.

It is either done in a house or in larger venues fit for social gatherings. It is a fascinating activity that introduces visitors to the island’s distinct culture. 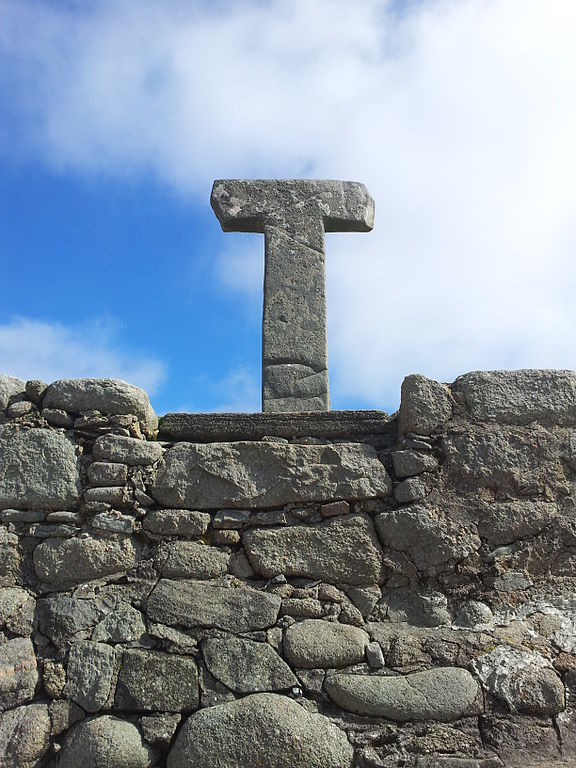 The T-shaped Tau Cross dates back to the 12th century, and one of the interesting things to see in Tory Island. It is said that this cross could be evidence of ancient seafaring activities on the island.

One cannot miss the Tau Cross because just like the King of Tory, the sight of this structure pretty much welcomes those who arrive on the island.

Tory Island’s dramatic cliffs are home to a variety of bird species.

As you explore the island, you will most likely spot various seabirds such as fulmars, guillemots, kittiwakes, and razorbills.

The cliffs have choughs and peregrines, while the lake is home to Arctic tern, dunlin, and common gulls.

Tory also has little sparrows, and seasonal visits from Eider duck, Lapland bunting, and snow bunting. The presence of these species is just one of the things that make Tory Island such a unique place to visit.

Do the Loop Walk

One simply must explore Tory Island to appreciate its rugged beauty. There is a gentle loop walk around Tory that allows visitors to know more about the island.

Along the way, stop and look at some historic sites such as a round tower that once protected monks from the Vikings.

The walk also takes you to the ruins of the 16th-century monastery of St. Colmcille as well as the intriguing Tau Cross.

If you visit at the right time, you can witness the Northern Lights in Tory Island.

RELATED READ:  12 Best Things To Do In Clonmel, Ireland

An island steeped in history and legend, Tory Island’s rugged landscape provides one of the most glorious sites to witness the northern lights. It is a bit difficult to reach though, and the weather can be unpredictable.

Still, chasers of the aurora take the ferry from the harbors of Bunbeg and Magheroarty to experience both the mystical lights show and one of Ireland’s most unspoiled places.