Seeing the Northern Lights or Aurora Borealis is probably among those that most people would love to witness if given the chance.

Nature’s magical light show is pretty elusive though, as it only seems in areas closer to the North Pole (or the South Pole, and it’s called Aurora Australis).

Northern Lights in Ireland: Where, When and How 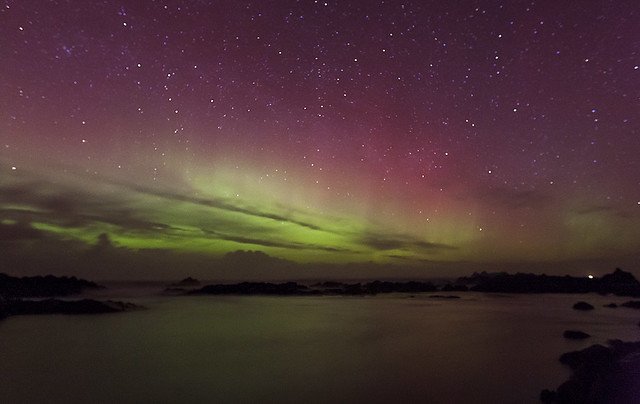 This colorful light display is a result of the disturbance in the magnetosphere caused by solar winds.

When it appears, there are like ribbons of light swaying in the sky and you’d even hear the hum of the wind along. This is a definite must-experience if you’re in high-altitude areas close to the earth’s poles.

When to expect Northern Lights in Ireland

There is no way anyone can predict what kind of aurora will appear, or when exactly.

However, the best times of the year to try and catch nature’s amazing lights show is during winter or spring. Plan ahead and reserve a set amount of nights when you’d go chasing the northern lights.

There’s no guarantee you’d see them on your first try but that’s part of the charm of the experience of the northern lights — the chase is an adventure in itself.

Where can you see Northern Lights in Ireland?

In Ireland, with its diverse geography and proximity to the Arctic circle, it is possible to see the aurora, particularly in the North and West Coasts.

These regions have mostly unspoilt areas and no light pollution, perfect for viewing the aurora. These light shows are often seen in the northern horizon, or overhead if the place is close enough to the North Pole.

So here are all the places in Ireland where you’d most likely encounter the elusive Northern Lights.

Accessible via a ferry ride from Burtonpoint, Arranmore Island is mostly unspoilt, and there’s no light pollution at night.

This is Donegal’s largest island and if you’re here for the northern lights, make sure you stay in the sheltered south side parts such as Ballintra, Fallagowan, Leabgarrow, or Pollawaddy. 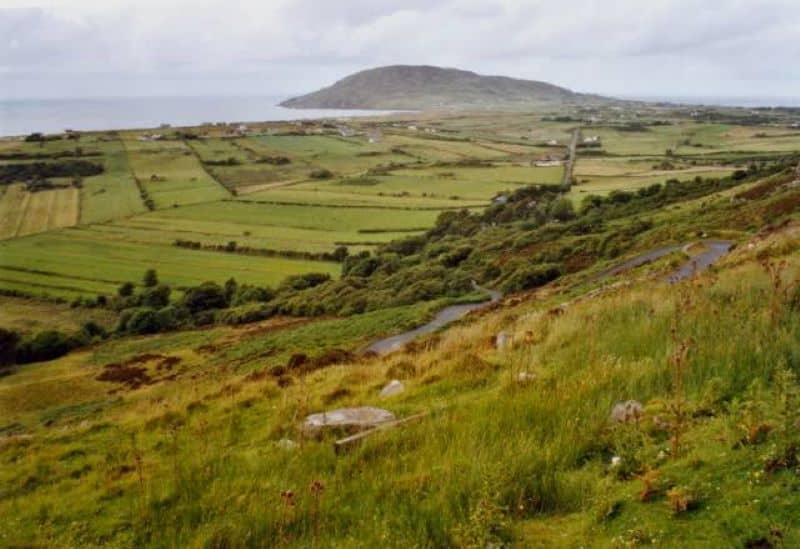 The stunning Dunaff Head known for its beaches and mountain is situated by the Lough Swilly estuary. Its landscape provides the perfect background for the Aurora Borealis.

It is also close to towns like Claggan and Leehan, which offers accommodations, cafes, and pubs for the convenience of those going there to see ‘the lights’.

Dunree is best known for the Dunree Fort, a former stronghold that’s now a military museum. This fort also provides the best location to look northeast and watch out for the Northern Lights.

The views there spread across the nearby areas, free of any light obstruction making it the perfect spot to wait for the aurora borealis.

The sheltered Mamore Gap is one of the best places to see the northern lights in Ireland. It is slightly off the coast and has amazing panoramic views of the north and west horizons.

It has some interesting places where you can stay to wait for the lights, such as a Neolithic campsite and Holy Well. The place is completely free of light pollution that it’s a total blackout at night, making the sky clear for the elusive lights show.

As Ireland’s northernmost point, Malin Head offers the best chance to see the Aurora Borealis. It is located on the Inishowen peninsula, in Donegal.

Banba’s Crown is the northern tip of the head, perfect for watching the skies. There’s also the Ballyhillion’s raised beaches, which is ideal for a stroll while keeping an eye out for the northern lights.

The picturesque Moville town is located on the eastern part of the Inishowen peninsula. The landscape here is a lot different than the rough Malin Head but just as magical once the northern lights appear.

Overlooks Lough Foyle and has plenty of sheltered species to protect visitors from the elements while they wait for the aurora.

An island steeped in history and legend, Tory Island’s rugged landscape provides one of the most glorious sites to witness the northern lights. It is a bit difficult to reach though, and the weather can be unpredictable.

Still, chasers of the aurora take the ferry from the harbors of Bunbeg and Magheroarty to experience both the mystical lights show and one of Ireland’s most unspoiled places.

Apart from Donegal, Leitrim County has some great locations to see the aurora borealis, such as Rossinver. Situated on the southern shores of Lough Melvin, this tranquil fishing village provides the ideal backdrop when ‘the lights’ appear.

There are the secret waterfalls, a 9th-century grave slab, an Iron age fort, and an abbey that are amazing sites to set your camera on a long exposure.

Belmullet town in Mayo has sandy beaches and towering cliffs perfect for watching the sky to see the northern lights.

It also has two bays — Blacksod Bay and Broadhaven Bay that are both ideal locations to wait for the aurora. The coast is a great place to either stroll around in while you wait, with its beaches and cliffs.

Regarded as one of the most beautiful places in Ireland, Inishturk is also among the best places to watch out for the northern lights.

The sheltered eastern part of Ballyheer and Guaranty are said to be the best locations to wait for the appearance of the aurora borealis because here you can easily access the center of the island where there are zero light pollution and amazingly clear skies.

Best known as a surfing destination, the Mullaghmore in Sligo is also an ideal place to catch the northern lights.

Its dramatic cliffs offer amazing views of the western horizon with the monolithic Ben Bulben, as well as the Atlantic crashing against the rocks below.

Along with clear, unobstructed views of the sky meeting the northern horizon, this is another great spot to see the aurora borealis.

The northern lights often appear in high-altitude places and those areas with zero light pollution. These places are often cold and dark so it’s recommended to come prepared to better experience it.

Make sure you bring a very strong torch or flashlight to help take good photos, a camera, tripod, and enough batteries to make sure you continuously capture the sky while the ‘lights’ present themselves.