Malahide Castle and Gardens is nestled within 450 acres of parkland in the coastal town of Malahide. The castle is among the most popular sights in North County Dublin. Located 16 kilometers north of the capital city, Malahide Castle was both a fortress and private home for the same family for almost 800 years.

History of Malahide Castle and Gardens

The Malahide estate was established in 1185 when Richard Talbot was granted the “lands and harbor of Malahide”. The estate was granted by King Henry II to Richard in return for rendering “one archer with a horse and coat-of-mail forever”. Since then, the castle became home to the Talbot family for 791 years, from 1185 to 1976. It has also become one of the best castles in Dublin.

There was an 11 year period from 1649 to 1660 when the Talbot family did not occupy the castle. That was the time after the Cromwellian conquest of Ireland when Oliver Cromwell granted the castle to Miles Corbet.

When Cronwell died, Cirbet has hanged soon after. Malahide Castle was then returned to the Talbot family. In the following century and during the reign of Edward IV, the castle building underwent expansion. In 1765, towers were added to the existing castle.

The estate has witnessed and survived Ireland’s turbulent history. Its residents, the Talbot Family, however, were not as fortunate. 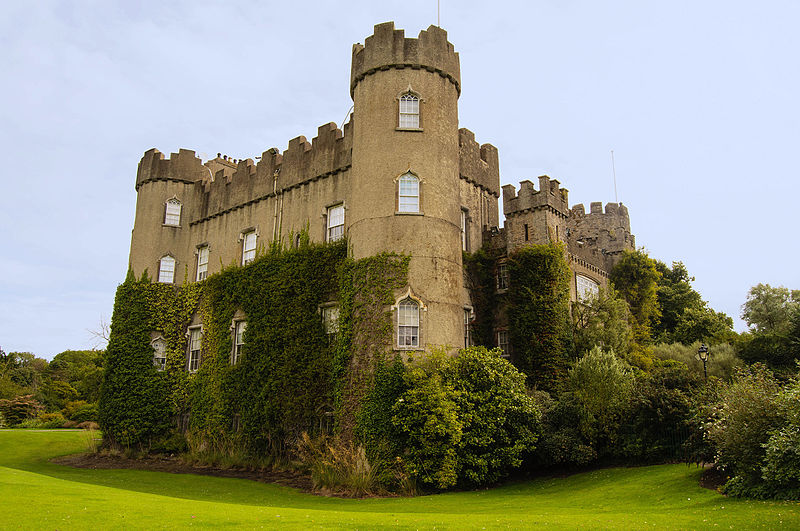 Fourteen family members were killed during the time of the Battle of the Boyne, right in the castle’s great hall. Still, the family survived the Penal Laws, even if the family has remained Catholics until 1774.

During the first World War, the Malahide Castle grounds was the venue of a mooring-out base for airships. Initially, there were plans to build an airship base here but those were abandoned when the war ended.

During the 1920s, private documents and diaries of 9th Laird of Auchinleck,  biographer, and lawyer James Boswell were discovered in the castle. His great-grandson Lord Talbot de Malahide then sold them to American collector Ralph H. Isham.

The same Talbot eventually inherited the Malahide Castle. Also known as the 7th Baron Milo Talbot. He was a world-famous gardener and expert botanist, who also a British diplomat. He also served as head of security for the foreign office once. His death in 1973 while ob a Greek cruise remains a mystery up to this day.

His demise also signaled the end of the Talbot residence in Malahide Castle. The castle was passed to his sister Rose, who sold it to the Irish State. Part of the sale went to paying Milo’s death duties and inheritance taxes.

The contents of the palace, particularly the furnishings were sold in advance. This sale sparked controversy but the private and state parties managed to retrieve some.

Things To Do In Malahide Castle and Gardens

Today, one of the most-visited parts of the castle is the stunning Talbot Botanic Gardens. Most of what the garden we see today was a result of the great work by Lord Milo Talbot from 1948 to 1973.

The castle that we see today, meanwhile, was a result of extensive renovation and restoration that went on for years. It was reopened to the public in 2012.

Malahide Castle is furnished with period furniture and decor, including a sizable collection of paintings from the National Gallery. The Malahide Castle is among the most-visited castles in Ireland and a popular day trip from Dublin and there are four rooms that are open to the public.

These rooms are the Great Hall, the Small and Great Drawing Rooms and the wood-paneled Oak room. The Great Hall is where you’ll find an exhibition about the family that resided in the castle for nearly 800 years.

Outside, you will find pretty glasshouses, a conservatory and lots of picturesque gardens. Like the Botanical Gardens, the other gardens within the palace grounds were created by Milo Talbot. Head to the courtyard and you’ll see an exhibition that features the story behind these gardens.

Other places that are within the estate are the Avoca tea salon in the courtyard, the Castle Playgrounds, and the parklands. The parklands are perfect for hiking, where you get to wander through centuries-old trees. The surrounding village of Malahide is also an interesting place to explore once you’ve seen enough of the castle grounds.

RELATED READ:  Dublin Tours: The 10 Most Unusual Tours In The City

If you are looking for tours to the castle, here are some of our recommended Malahide Castle tours for you.