From a musical instrument as its national symbol, am an official language that’s not English to a certain slithering creature that won’t make it to the Emerald Isle — there are many Ireland facts and things about this country that are not quite usual.

Here are some facts about Ireland that may delight, surprise, or make you grab a pint of Guinness.

25 Interesting Things You Should Know About Ireland

Ireland’s landscape apart from the rugged mountains and dramatic cliffs are made up of lush greenery and rolling hills which are mostly forested, which is why it’s called the Emerald Isle.

The grass, plants, and trees are kept green and blooming because Ireland receives a lot of rain every year. 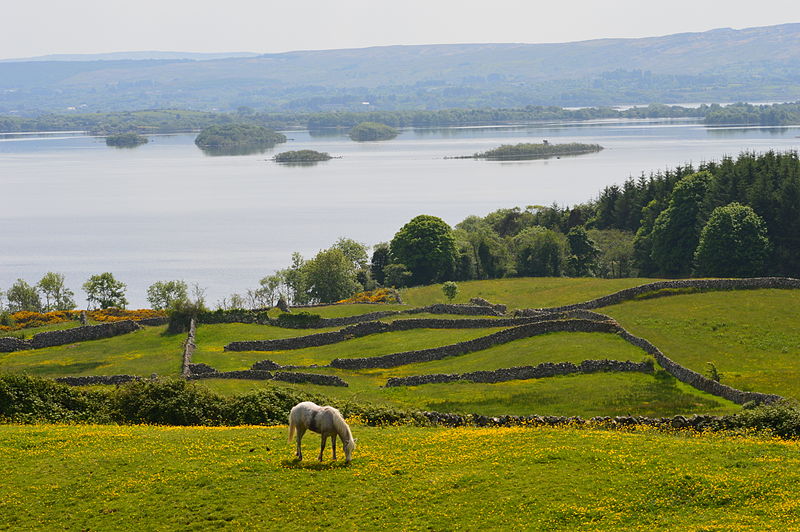 There is evidence of the human presence in Ireland dated 12,000 BC. This was proven by a bear bone that was found in a cave. The bear bone had clear cut marks from stone tools.

The bone was discovered in 1903 but it was re-examined in 2010 using better technology. This bear bone proves that Ireland was already inhabited by humans during the Palaeolithic era.

With its lands that are ideal for farming, Ireland is able to export potatoes as well as lamb and beef. The country also exports zinc and lead, machinery and pharmaceuticals. Ireland’s imports meanwhile include aircraft parts, oil, petroleum gases, and vehicles.

Ireland has a unique, and beautiful national symbol and it’s the harp. It is the only country in the world that uses a musical instrument as its symbol.  Trinity College in Dublin is home to some of the oldest harps in the world.

Irish is the Gaelic language that belongs to the Celtic side of the Indo-European language tree, and it is not like English at all. It remains to be the first spoken language in Cork, Donegal, Galway, and Kerry, as well as in the smaller parts of Mayo, Meath, and Waterford.

Read: 30 Irish Slangs That You Need To Know

Once you become Irish, you can get a passport that’s quite useful when traveling as it covers most European countries.

The Celtics or Celts — mysterious ancient people is known for being treacherous warriors and for their intricate symbolic art are often associated with Ireland, Scotland, and Wales.

Recent findings showed though that the Celts did not originate or were exclusive to these countries, as they were of Indo-European origin.

However, Ireland is among the known distinct Celtic regions and is called Eire. Most Irish people also consider themselves to be of Celtic origin.

A lot of non-Irish people often associated the color green with St. Patrick or Ireland itself.   Historians say that the right color for St. Patrick and his feast day: Irish National Holiday is light blue.

However, green actually became popular during the 1798 Irish rebellion when the clover became a symbol of Irish pride and nationalism.

With its diverse, dramatic, and stunning landscape, Ireland is a favorite filming location to some of the more notable films of the past decades. These include Star Wars which was filmed on the magnificent Skellig Michael and Braveheart in some of the country’s medieval castles.

The picturesque Cliffs of Moher meanwhile was the setting in some of the memorable parts of Harry Potter and the Half-Blood Prince‬, ‪The Mackintosh Man‬ , and ‪Princess Bride. ‬

Sean’s Bar in Athlone is said to be the oldest pub in Ireland, as it’s said to date back to 900 years, according to the Guinness Book of World Records.

Ireland has a turbulent history that’s filled with battles, conquests, invasions, rebellions, and all put wars. This is why fortresses were built to protect certain areas or even families, and these structures are all over the country.

Ireland is now known all over the world for having the most number of castles, totaling to more than 30,000 including ruins. Most of these castles are converted into private homes, hotels, cultural centers, offices, and museums.

The oldest occupied castle in Ireland is the Killyleagh, Castle, which is located in Castle in County Down.

Ireland has some pretty strange and difficult to pronounce names for some of its towns, villages, and cities. The longest name of them all is Muckanaghederdauhaulia. That one’s a tiny village in Connemara in Co. Galway.

It has 22 letters and considered to be the longest name in the English language. The name was taken from  Dhá Sháilemeaning, which means ‘pig-marsh between two salt waters’.

Guinness Beer is the most popular drink in Ireland, where it also originated. This beer which is also referred to as the ‘dark stuff’ can be bought all over the country in pubs and grocery stores.

The Irish are known as heavy beer drinkers, and all over the world, the country ranks as the sixth-highest consumer of beer per capita.

It ranks behind the Czech Republic, Namibia, Austria, Germany, and Poland. The average Irish person is said to consume 100 liters of beer each year.

With that interesting statistics, there is actually a drinking law in Ireland that says it is illegal to be drunk in public. It was enacted in 2009 for the purpose of maintaining public order and safety.

One of the most devastating periods in Irish history is the Potato Famine of the 1800s when the country’s staple crop failed. Approximately a million people died of starvation and disease between 1946 and 1951.

From 1945 to 1955, around two million emigrated to seek a better life in other countries.

The Potato Famine in the 1800s led to the significant population decline in Ireland when Irish people left the country en masse to escape the famine.

The country has yet to recover from this, as the current population of both Northern Ireland and the Republic of Ireland is below seven million.

Around 70-80 million people worldwide claim to be part Irish or have Irish ancestry. It’s not easy to get the exact numbers but countries like Australia, Argentina, Canada, and South Africa are among the countries with the highest amount of those with Irish lineage outside of the United Kingdom.

One of the oldest legends in Ireland is that its patron saint, St. Patrick, rid the country of snakes. There is no proof of that, though, but it is true that those slithering creatures never made it to Ireland from Britain.

Ireland is isolated, and many animal species usually found in Europe are mot found here such as moles, polecats, weasels, and snakes.

Despite being the patron saint of Ireland, St. Patrick is not Irish. He was in fact British and according to historical accounts of his life, he was kidnapped as a teen and brought to Ireland as a slave. He escaped but came back years later to convert the Irish people to Christianity. 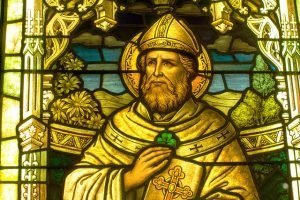 Halloween is of Irish origin. It came from the Irish festival called Samhain. It is a Celtic harvest festival, where the Celts believe that at the end of summer, the gulf that separates our world from the world of ghosts becomes thin.

This occurrence makes it possible for bad creatures to wander the earth. It was the Irish immigrants in the US who made Halloween popular in the 19th century.

Did you know that there’s a national Leprechaun Museum in Dublin?  These green creatures that look like an elf and gnome hybrid are a huge part of Irish tradition.

These tiny men (female leprechauns don’t exist apparently) who can fit on top of your shoulder are harmless, maybe a bit mischievous sometimes but they are said to have lots of treasures buried all over Ireland.