A unique way to get to know a country aside from researching or actually visiting it is through the books that have been written about it. It’s always a treat reading something that’s not set in some vague or fictional city, town or country — but in a place that actually exists.

It’s such a delight to find that many books have been written about or set in Ireland, especially if you’re planning to visit or already there exploring. It is like a different perspective or another introduction. 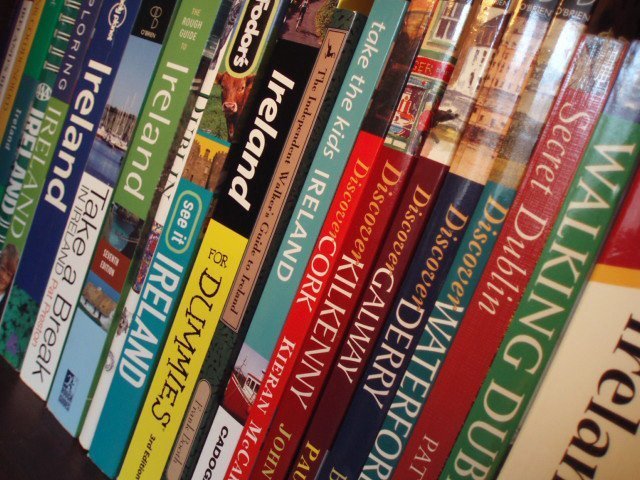 Here are some of those books about Ireland that you can maybe read if you’re just curious, as a companion on the plane or in between exploring the country while you’re there.

Books About Ireland (That You Should Read Before Visiting)

A book about John Lennon’s imagined visit to Clew Bay and Achill in the 1970s, this beautifully written and engaging book is a must-read for those going to Ireland for the first time.

The story captures the strangeness of the Emerald Iske’s Western part and stays true to what you’d actually see in Mayo and its people then and now. Evocative and written in a glorious language, it is something that truly captures the beauty of Ireland’s west coast, and will make you want to go there before you even finish the book.

Colin Barrett&s short story collection depicts post-millennium small-town life, gritty and raw, with its characters that seem to jump from the pages. They’re real, you know them, you’ve met them and as their stories unfold you see the face of Ireland and its people that speaks to you wherever in the world you’re from.

As one reviewer put it, if you ever want to read about Ireland’s very soul, this is the book.

‪No list of books about Ireland is complete without a title from one of its greatest writers, James Joyce. If you ever had to read one of his novels in high school and didn’t quite get a lot of it, worry not, this isn’t like any of his required readings at all.

This is a compilation of fifteen stories set at the turn of the last century. Each of the stories provides readers a closer look at the life of Dubliners, each with a distinct voice and a different story. As diverse as these characters and images though, when put together, they seem to capture a portrait of a nation. ‬

‪4. Portrait of the Artist as a Young Man‬

‪Probably one of James Joyce’s most ‘readable’ and truly timeless work, this novel is also sort of a loose biography of the great Irish writer. This is part coming of age, part autobiography and a good deal of images and sentiments that resonates until today.

Set in Ireland at the start of the 20th century, this is a masterful depiction of a young artist’s awakening, rebellion, and gradual independence. This is a side of Ireland and it’s the identity that speaks to anyone who creates or simply searching for their voice and meaning. ‬

‪A must-read for anyone who’s fascinated about the history of Ireland and its people’s Celtic origins, this two-part epic saga spans eleven centuries. This is a true work of art that’s compellingly written and showcases important historical research.

It is a thrilling story that has an impressive amount of interesting characters such as chieftains, druids, farmwives, monks, noblewomen, laborers smugglers, and rebels.

The story also has some of the most recognizable events in history like the culture of pagan Ireland; the mission of Saint Patrick; the arrival of the Vikings; the making of the Book of Kells and the tricks of Henry II. It is fiction that’ll probably make you rechecking your knowledge of Ireland’s history and a definite must-read. ‬

‪Another masterful storytelling, this one from the late great Maeve Binchy, is the coming of age story, Circle of Friends. You may have come across the film version on TV or streaming sites, and that was a good adaptation but nothing compares to the emotions that this book awakens as you follow the story of Benny and Eve.

From the sleepy small town Knockglen to university life in Dublin. It’s the kind of book you read on long haul flights or train rides, or while waiting for someone or something. It is beautifully written and shows Irish small town and city life through the eyes of its young characters. ‬

‪Also from an amazing Irish writer, this is a light heartwarming read that also showcases stunning imagery of Ireland through its characters and settings. This one also has a film adaptation, but the book has so much in it that it never made it in the film.

Reading the book, you’ll be in the same journey as Holly as she discovers more of the world around her even after a painful loss, set in against the backdrop of scenic Ireland. ‬

‪An intricate story that has done many layers that you peel off the chapter by chapter, this is mostly set in Northern Ireland right at the start of the first world war. At the center of the story is a woman with a complicated family history, and a dream she’s determined to work hard for.

A woman who’s conflicted by her decisions, and the position she finds herself in — torn between two men, each pulling her to one extreme. This is an exciting read one that you should check out if you’re interested in another perspective of Ireland set against the back of passion and politics. ‬

‪This is the first book from a compelling and thrilling six-part Dublin Murder Squad series written by another great Irish writer, Tana French. Set in Dublin and its suburbs, the story follows a new case given to detectives Rob and Cassie, which in turn opens old wounds — that of Rob’s shadowy past.

This is amazingly written, with complicated yet lovable characters and stunning imagery that will make you feel as if you’re also searching through the woods along with the detectives, looking for more clues. ‬