‘Seanfhocal’ means ‘old word’ in Irish. These are essentially Irish sayings and proverbs that have been around for centuries. They are passed through generations via storytelling.

Whether it is someone’s version of local history, a folktale, myth or legend — they often contain a saying or two. Irish people are generally a friendly and loquacious bunch.

You’d most likely learn a local legend during a chat. Ireland has a very strong tradition of storytelling and language.

A lot of the most popular proverbs or saying are credited to this fascinating nation. They say the Irish are actually good at coming up with just the right saying for every situation.

Here’s a list of the best Irish sayings that are timeless and relatable.

Best Irish Sayings That Are Timeless And Relatable 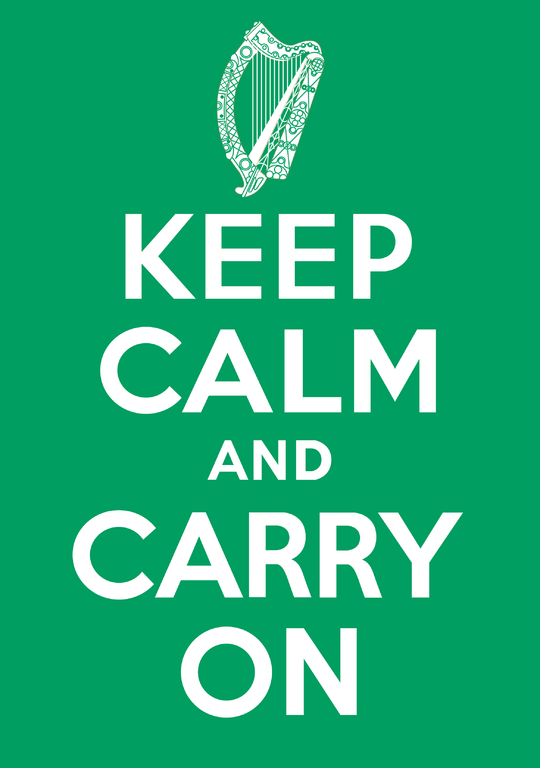 A good beginning is half the work.

This is about how starting anything is never easy, but that it must be done anyway.

This means that kindness is always appreciated and often returned.

A lamb’s bleat is often more telling than a dog’s bark.

This is clever Irish advice about how sometimes, being subtle is better. There are times that subtlety works better than being loud and assertive.

One should watch his mouth and what comes out of it. Talking too much can lead to trouble.

A trout in the pot is better than a salmon in the sea.

This is an Irish proverb that speaks about being grateful for what one has than chasing after the impossible.

A wren in the hand is better than a crane out of it.

One should appreciate even the smallest of achievements and triumphs. They are much better than massive failures.

An empty sack does not stand.

This is a wise Irish proverb that reminds people about the consequence of lying and dishonesty. It means that no matter how good a person is at lying, it’ll eventually catch up with them.

This is one of those Irish sayings that encourage people to live in the moment and live each day to the fullest.

Complain that you have no shoes until you meet a man who has no feet.

This is probably one of the most popular Irish sayings. This is about being grateful still for what we have, even if it isn’t much. There will always be someone who’s in a far worse situation.

Do not resent growing old, many are denied the privilege.

This is pretty self-explanatory. Not everyone gets to live as long as they want to. One shouldn’t fear or despise getting old.

Every man is sociable until a cow invades his garden.

Everybody has their limits. One may be known to be friendly and kind but once wronged, they become ruthless.

He didn’t lick it off a stone.

This is about how people’s actions or their entire personality as a whole are not inherent. These are often influenced by someone.

Hindsight is the best insight to foresight.

This saying is about learning from mistakes that one made in the past to avoid making new ones.

However long the day, the evening will come.

This is an encouraging Irish saying that assures us that bad times don’t last forever.

This Irish saying applies to all people in our lives, not just friends. If we spend time pointing out flaws, we’ll lose these people eventually.

If you dig a grave for others, you might fall into it yourself.

This Irish saying is about how spite is dangerous. Spending time and energy on hate can only lead to bad things.

It takes time to build castles.

This Irish saying is a lot like “Rome wasn’t built in a day”. Rewards and success are only attained through hard work.  It often takes time, but definitely worth it.

It’s as easy to catch a cold in a King’s castle as in a shepherd’s hut.

This means that no matter if one is rich or poor, he or she isn’t immune to sickness. Wealth does not always equate to good health.

It’s a long road that has no turn in it. (Is fada an bóthar nach bhfuil aon chasadh ann)

This is about choosing kindness as much as one can. One never knows when he or she would need the same (act of kindness or favor) in the future.

It’s better to pay the butcher than the doctor.

This is a clever Irish saying that puts importance on what we eat rather than on getting a good doctor to cure us when we’re ill. Good food is better than bad food that results in poor health.

It’s not a delay to stop and sharpen the scythe.

Learning shouldn’t be confined within the walls of a classroom. One should always be open to learning new things or acquiring new skills.

RELATED READ:  9 Best Pubs In Kilkenny To Have A Pint and More

Life is like a cup of tea; it’s all in how you make it.

Just like in how you prepare your tea, how you live your life is a consequence of what you do in it.

Many a ship is lost within sight of the harbor.

This is about being cautious and to not be too complacent no matter how safe you think things may be.

No matter how many rooms you have in your house, you’re only able to sleep in one bed.

The number or magnitude of one’s possessions or treasures doesn’t change the fact that we all have the same basic needs.

Put silk on a goat and it’s still a goat. (Cuir síoda ar ghabhar agus is gabhar i gcónaí é)

This is a cheeky old Gaelic saying. It tells anyone that wearing great or expensive clothes won’t make any difference if a person isn’t attractive in the first place.

The longest road out is the shortest road home.

Things may seem endless and harrowing as one works hard for a dream, but that’s the only way to achieve it. Dreams mean work.

There was never a scabby sheep in a flock that didn’t like to have a comrade.

Even the most horrible or the utterly unlovable people feel lonely, and need friends.    Whatever is got on the devil’s back falls under his belly. This means that any good thing that’s acquired through evil ways never stays good.

You never miss the water until the well has run dry.

This essentially talks about how one usually takes certain things for granted and only realizes its value when it’s gone.

You’ve got to do your own growing, no matter how tall your father was.

This speaks of how one shouldn’t be dependent on any other person’s success to get ahead or stay on top. One should work hard.

RELATED READ:  10 Best Celtic Gifts Ideas For Everyone
Tweet
Pin2
Share
2 Shares
8 Best Hotels In Wexford That You Should Check Out
10 Things To Do In Great Blasket Island, Ireland