Known as the emerald isle, Ireland’s diverse and dramatic landscapes make it an ideal canvass for designing golf courses.

Over the past century,  the country has seen the establishment of golf courses. With most of them set in unique locations such as woodlands and clifftops, Ireland’s golf courses are also considered as among the best in the world.

Whether you’re a golf enthusiast or not, consider a golf course tour of Ireland. It is a unique and inspiring way to discover majestic landscaped courses. It is also a chance to discover more of this beautiful country.

However, even if you’re not in an official or planned golf course tour, you might want to visit some of these awesome places.

Here are some of the best and most beautiful golf courses in Ireland.

9 Best Golf Courses In Ireland That You Must Visit

The restoration of the picturesque Adare Manor was a project of its new owner, J.P. McManus. He is an Irish businessman and owner of one of the most successful stables in the history of horseracing.

He was also recently responsible for the $250 million renovations of the Adare Manor, which includes a Tom Fazio remodeling of the golf course.

The fairytale-like landscape of Adare Manor complements its parkland golf, which has the reputation of a championship course.

It has played host to a number of tournaments and regarded as one of the best golf courses in Ireland.

One is the North Kerry Links, which is a globally recognized brand. The other is the Old Course, which adds a distinct experience of its own.

The Ballybunion Golf Club has breathtaking views of the ocean and considered as among the top golf courses not only in Ireland but all over the world.

This golf course has narrow fairways, steep slopes, and tough grass, yet even the best golfers think its unique and rather challenging.

Located in the Tullagh Point in  Innishowen Peninsula’s Atlantic edge, Ballyliffin Golf Club is the most northerly golf course in Ireland.

These are the Old Links and Glashedy Links, both known as among the best golf courses in Ireland. Ballyliffin has played host to prestigious tournaments.

These include the Dubai Duty-Free Irish Open, the Ladies Irish Open and the North West of Ireland Open. 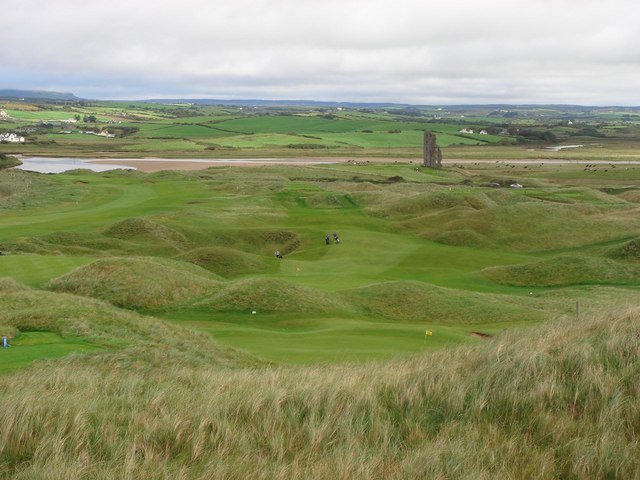 The name Lahinch came from the Irish word Leithinsi, which means ‘half an island’. The village dates back to the 18th century, while golf here started around 1892.

The Lahinch Golf Club in County Clare has ranked No. 41 in the Top 100 Courses in the World.

This course is located next to a charming surfing town, and quite a lovely place to visit if you’re doing a golf course tour in Ireland.

It is often referred to as the  “St. Andrews” of Ireland,”. Lahinch’s two principal designers were so significantly connected to St. Andrews, namely Old Tom Morris (1893) and Alister MacKenzie (1927).

It is said to be among the most enchanting places to play golf. Lahinch Golf Club gets high praises for its distinctly rugged and varied landscape.

Mount Juliet in Kilkenny opened its door to golfers in 1991.

The course was designed by Jack Nicklaus, and known not just in Ireland but all over the world. It is situated in lush Irish woodland, in the rolling pastures of the east.

Mount Juliet, gets high praises even from Tiger Woods, who said, it has ” perfect fairways” and the “best greens we’ve putted on all year”.

Mount Juliet has in the past, hosted three Irish Open tournaments.

Set in County Cork, Old Head Golf Links is considered as a bucket-list experience when golfing in Ireland. It is situated on a rugged headland just off the coast of the Atlantic Ocean.

The setting is rather challenging – with its extreme weather conditions and location along the jagged coast. It’s best to take note of the weather before going here, though.

One can easily slip and fall soon as the wind blows at 60 miles per hour while trying to approach a shot.

Still, Old Head is regarded not just as one of the best, but also among the most beautiful golf courses.  It was designed by the iconic John O’Connor and considered as a must experience among avid golfers.

A post shared by Portmarnock Golf Club (@portmarnockgolfclub) on Aug 5, 2019 at 4:11am PDT

Located on the outskirts of Dublin is another golf course by the coast. Portmarnock Hotel & Golf Links is set on a picturesque beachfront. It is also prone to unpredictable coastal winds.

This, along with the rugged fairways, testing roughs, and challenging bunkers make playing here quite an extraordinary experience.

Considered as a championship course, the layout of Portmarnock Golf Links is among the most unique in the world.

It has hosted tournaments such as the 2019 Amateur Championship, the 1991 Walker Cup as well as 19 Irish Opens, including the first-ever Irish Open in 1927.

The Royal Dublin Golf Club is the second oldest in Ireland. It was established in 1885 and still known as one of Ireland’s best golf courses.

It is situated in the North Bull Island, a UNESCO protected site. The Royal Dublin Golf Club boasts of fantastic views of the Irish capital and stunning coastal landscape.

Another of the best golf courses in Ireland that’s in County Kerry is the Tralee Golf Club.

It was established in 1984 and designed by the legendary Arnold Palmer in Tralee. It’s one of those golf courses where playing can be quite an experience.