One of the most famous landmarks in Northern Ireland is the 19th century Scottish Baronial style Belfast Castle. It is situated 120  meters above sea level on the slopes of Cave Hill. This position makes Belfast Castle one of the best places to visit in Belfast. Gorgeous and storybook-like, Belfast Castle has a wealth of history that spans 800 years.

Before this stunning mansion came to be, other castles came before it that were burned or destroyed.

It was the Normans who constructed the first Belfast Castle building in the late 12th century. That castle was erected in the city center. In 1611,  a second castle was built by Sir Arthur Chichester, Baron of Belfast on this same site.

A century later, this castle was burned down. The only thing left on its place were street names such as Castle Place. This served as the location marker.

Another hundred years passed before another Belfast Castle was built. A descendant of the Chichester Family, the third Marquis of Donegall decided to build a new castle in 1862. This time, it was in the deer park on the side of Cave Hill. This area is now known as north Belfast. 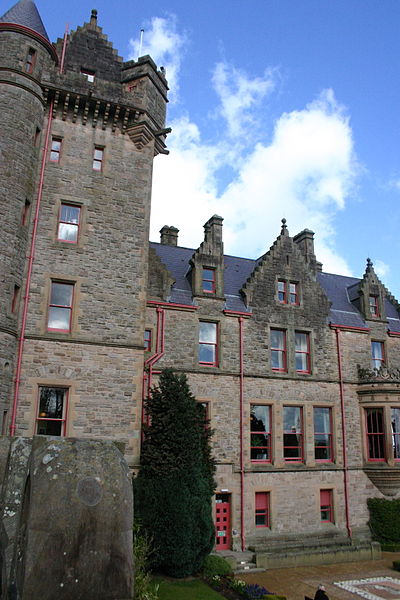 The design for the new castle was by architect John Lanyon. The style was the timeless Scottish Baronial.  The construction took nearly a decade, and it was quite expensive.

The Marquis received help from his son-in-law, Lord Ashley to ensure that the castle will be completed. This new Belfast Castle building was eventually finished in 1870.

In 1884 after the third Marquis of Donegall died in, the castle and its estate were relinquished to Lord Ashley, the seventh Earl of Shaftesbury.

In the coming ages, Lord Ashley and his wife, Harriet Augusta, along with their ancestors were honored by having streets named after them. The names of those who were part of the history of the castle now appear in the building’s wedding rooms. 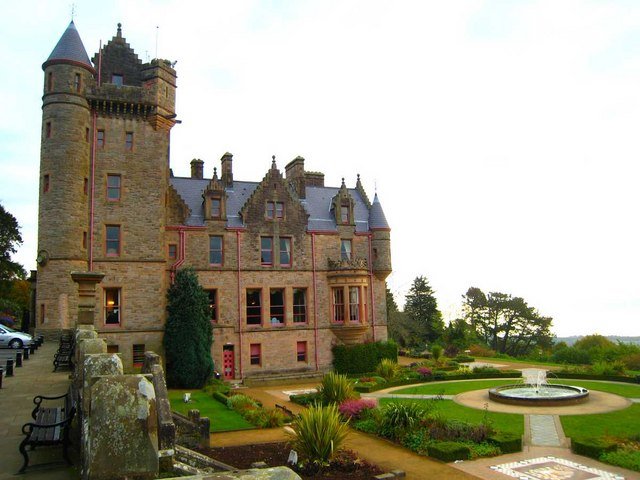 Close to the castle’s front door and the north wall, are the Donegall coat of arms. The exterior staircase, meanwhile, has a section of the Shaftesbury crest. This area is now a popular spot for wedding photos. These features were added in 1094 by the ninth Earl of Shaftesbury as a gift to his mother.

The Shaftesbury family was known to be very generous and has donated to Belfast as well as supported many charities. They were well-loved that the ninth Earl even became Lord Mayor of Belfast in 1907.

In 1908, he became the chancellor of Queen’s University. In 1934, the family gave the castle and its estate to the city of Belfast.

The castle became a popular venue for afternoon teas, dances and wedding receptions in the succeeding years. The castle then had to close down in 1978 for a major refurbishing work. This was ordered by the Belfast City Council. The project was supervised by Hewitt and Haslam Partnership architects. 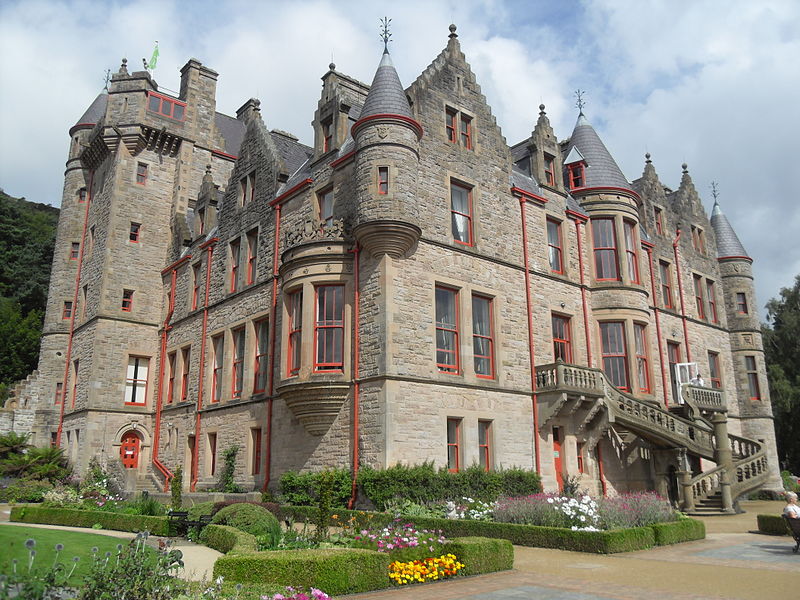 On November 11, 1988, the refurbished Belfast Castle was reopened to the public. It is now managed by the council. Belfast Castle is open free of charge to visitors.

The castle now sits in its own landscaped gardens, which includes the Cat Garden. This garden was inspired by a belief that as long as the castle keeps a resident white cat, it will always enjoy good fortune. The Belfast Castle’s Cat Garden has various depictions of the cat scattered in sculptures, garden furniture and even in paving.

Inside the castle in the Shaftesbury Room, is the original oak paneling and fireplace. There’s also the Donegall Room as well as the elegant Chichester Room with its panoramic views that spans the full length of the building. Other rooms in the castle also enjoy views of the city and can be booked for events.

The cellar, meanwhile, has a Victorian vibe to it. This area is where the Cellar Restaurant,  The Castle Tavern, and Visitor Center are located.

Visitors must check with reception.

If you are looking for a tour of the castle, here is our recommended Belfast Castle tour for you.